Sonarika Bhadoria debuted on television with Tum Dena Saath Mera on Life Ok. She debuted on TV back in 2011.

She rose to fame with her character portrayal of Parvati in Devon Ke Dev Mahadev in 2012. Even today she is fondly remembered as Parvati of the small screen.

Currently the actress is seen in Sony Entertainment Television’s Prithvi Vallabh – Ithihaas Bhi Rahasya Bhi. She is playing the female lead’s role in the show.

As the fierce, fighting warrior she is making the viewers do a double take. 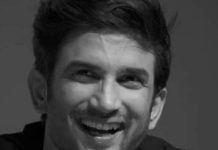