Home ENTERTAINMENT FEATURE 4 Shows That Are Highly Anticipated And Are Set To Go On... 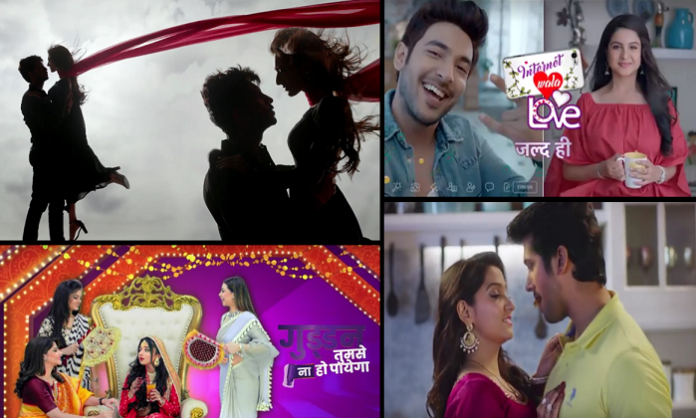 There are some new shows on the block that are to be launched soon. 4 different shows, 4 different themes and these new stories have excited us all. These shows are set to go on sir soon and some of it mark the comeback of popular telly actors.

In short these shows have kept many waiting. The promos have been out and definitely each story promises something different from the other.

Here we have ranked 4 shows that are set to go on air soon and are highly anticipated by the audience!

Guddan Tumse Na Ho Paayega is an offbeat story of Guddan who was mostly unsuccessful in all her endeavours since childhood. But there’s another chance that God gave her, i.e. to become the ‘Saas’ of 3 daughters-in-law!

Guddan has to get married in a house where she has to become the mother-in-law to three young bahus. The show will star Manisha Rawat in the lead role of Guddan.

As per the promo, this show will definitely be different in terms of the storyline. Guddan Tumse Na Ho Paayega will air 3rd September onwards at 8 pm only on Zee TV.