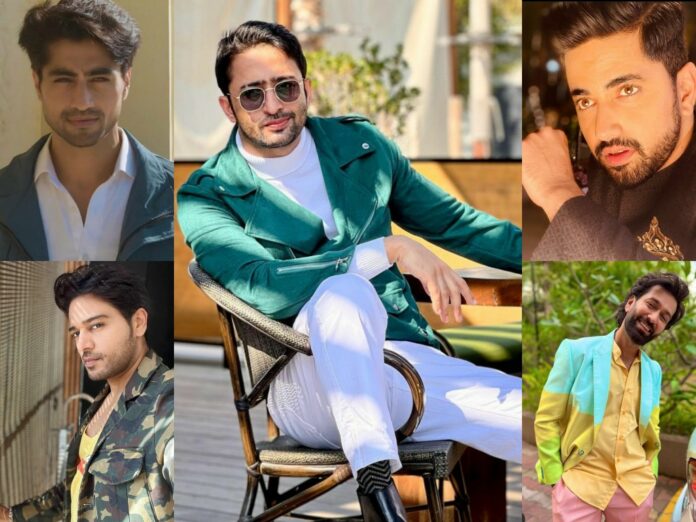 Television world is full of dashing men and beautiful women but in this particular article we are going to talk about the men on TV, the male leads of the much loved fiction shows.

Shaheer Sheikh – The dapper Shaheer Sheikh is currently seen playing the role of Krishna in Star Bharat’s recently launched show, Woh To Hai Albelaa opposite actress Hiba Nawab. The actor can also be seen in Pavitra Rishta 2.0 streaming on ALTBalaji app essaying the character of Manav.

Apart from Shaheer’s superb acting skills, the poet in him has won many hearts.

Zain Imam – The very dashing Zain Imam is currently stealing hearts as Agastya Raichand in Fanaa:Ishq Mein Mar Jawan with actress Reem Shaikh as the female lead. Agastya is not the usual chocolate guy and it’s interesting to watch Zain in a character like that.

Nakuul Mehta – The blue eyed actor, Nakuul Mehta is presently entertaining his fans as Ram Kapoor in the second season of the much loved and popular show, Bade Achhe Lagte Hain on SONY TV opposite Disha Parmar who portrays the character of Priya Kapoor.

Nakuul Mehta and Disha Parmar have already worked together as leads in Pyar Ka Dard Hai Meetha Meetha Pyara Pyara. We are sure Nakuul’s smile would make his fans say, Bade Achhe Lagte Hain Mr. Mehta when he smiles.

Gaurav Khanna – The good looking actor is winning hearts as Anuj Kapadia in Star Plus’ Anupama these days opposite Rupali Ganguly who essays the title role. But soon Gaurav will exit from the show along with a few others because the story is going in the past when Anuj was not a part of Anupama’s life.

Fans have loved the chemistry, the bond between Anuj and Anupama and it’s definitely going to hurt them to watch the show without him.