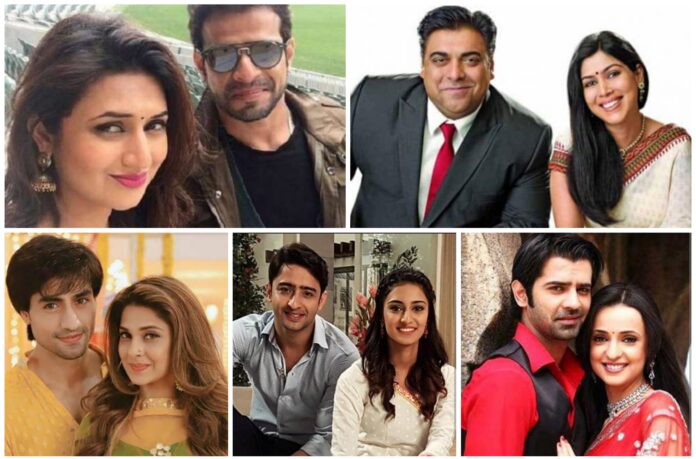 Ever found yourself watching off-air show time and again just for your favourite on screen jodis? We can  definitely relate!

Over the years, the television world has given us many on screen jodis and some of them stole our hearts forever.

The jodis listed below are truly the evergreen jodis and we would love watch them sharing the screen space again, no matter what the medium is. A television show, a web series, a movie or a music video, we just want to see them performing together again!

Divyanka Tripathi and Karan Patel together created magic on screen with their chemistry in the much loved show Yeh Hai Mohabbatein as Ishita and Raman and it’s been almost three years since the show went off-air but IshRa magic is still in the air.

As you read this, visit Divyanka and Karan’s tagged section on Instagram and you shall find Yeh Hai Mohabbatein clips which proves the love for their jodi.

It would be a delight to watch Divyanka and Karan sharing the screen space in an all new project.

The OG RaYa aka Sakshi Tanwar and Ram Kapoor, the iconic jodi of Ram and Priya from the original Bade Achhe Lagte Hain was loved so much that the on screen couple re-united for an ALTBalaji series Karrle Tu Bhi Mohabbat and it was an instant hit.

It would not be wrong to say that Karrle Tu Bhi Mohabbat was the show that got ALTBalaji it’s first set of loyal subscribers.

The third season of the series ended on a cliffhanger and fans are eagerly waiting for the fourth season which is not making any news yet.

Sakshi and Ram share an unbeatable chemistry and if not the fourth season of Karrle Tu Bhi Mohabbat, we would love to see them in some other project. After all, watching them together on screen again, is what matters.

Harshad Chopda and Jennifer Winget  appeared together for the first time in Bepannah as Aditya and Zoya and earned lots of love and appreciation for their sparkling on-screen chemistry.

The love story of Aditya and Zoya completed it’s run and both Harshad and Jennifer are busy with their respective work but the fans of this lovable on screen couple are still waiting to watch them together again.

We SO hope to watch them doing a project together in near future!

Shaheer Sheikh and Erica Fernandes brought the story of Dev and Sonakshi to life and showed us different shades of their love story, from being strangers to lovers to a married couple and finally as parents in the three seasons of Kuch Rang Pyar Ke Aise Bhi.

Both Shaheer and Erica are currently busy with their own respective work but the beautiful chemistry they create together on screen is making every fan wish for a “once again!”
We can just hope for it to happen!

Sanaya Irani and Barun Sobti earned immense love and fame as Arnav and Khushi and post Iss Pyaar Ko Kya Naam Doon?, we can state this with certainty that every fan of Sanaya and Barun has wished to see them back together, on screen.

At present, Sanaya and Barun are currently off the camera and busy in their respective lives but it would a treat to watch them in a new avatar, new show, spreading the magic of their sizzling chemistry yet again!