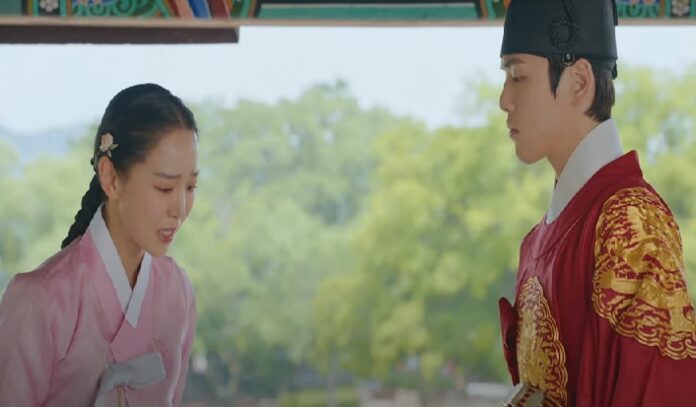 If you are a lover of Korean Dramas, you would be familiar with their shows from the Joseon era. The historical Korean dramas are either fictional or based on facts from history. Some of these shows are really great to watch out for. Whether it’s the politics or the love story within the cut throat thrilling dramas, these historical shows keep you on the edge of your seats.

Hereby we list down some of our favourite historical Korean dramas.

Imagine you are a man who is the most sophisticated and celebrated chef of your country. You even cook for the President. However, a small mistake while preparing food for a foreign delegation brings you trouble and you get entangled in a legal fiasco. While escaping from the police, you end up dying.

But instead of dying, you find yourself in the Joseon era trapped within a female body. And that also not just any female, your soul is now trapped in the female body of the living Queen of the Joseon dynasty! How will you react? Or let’s say, how will you respond to the approaching King?

It’s a hilarious story and actress Shin Hye Sun is just brilliant in her gestures and posture as the queen who has the body of a woman but mind of a man.

Emperor: Owner of The Mask

How much power does an emperor have in the administration or policies of a nation? If you thought he has absolute power, you were wrong. If you thought, he has a lot of power, you were wrong. Imagine a secret society controlling the policy making decisions of the nation. It eventually makes the emperor’s entire clan and every royal officer and minister addicted to a drug that makes them a puppet to the society which wants to control the finances of the nation.

Eventually, the emperor and his wife are killed. His only son, whose face no one knows as it has been covered with a mask since his childhood, goes on the run only to come back later as the leader of merchants to claim the throne and restore justice.

Emperor: Owner of the Mask is a great political drama that will keep you at the edge of your seats. The drama may make you feel the similarities to today’s issues of drug addiction, corruption, political hindrances and more. Also, there’s an angle of unconditional love and loyalty that’s for sure to make a mark in your mind. Look out for the character of Hwa-Gun, she is someone you won’t forget easily.

Power can be a great obsession. Tale of Nokdu is actually a story that goes on to tell how power can possess you to the limit of no return. It tells you the tale of an unfortunate son of a king. The infant son was supposed to get killed by his own father as a shaman lady told him that a royal baby born on a particular day will replace him as the king.

You may wonder why a king would kill his own son as it’s natural for a son to inherit the throne from his father. But this king is a little different. He wants to die a king. That’s his only obsession and dream. And no one, not even his son, should replace him as the king till the time he is alive. Hence, he decides to kill his own son.

However, the infant gets saved and the story takes a time leap. The story has a stage wherein the hero poses as a beautiful woman to live in a widow village. Funny moments follow that incident that will be enjoyed by a viewer. Take of Nokdu is a tale of love, revenge, obsession and also human insecurity.

Spoiler: It turns out that the shaman foretold the correct future for the king. However, the royal baby wasn’t his son. It was another royal baby who was born on the same day as that of his son but was hidden from him. The man unnecessarily out of his own insecurities and obsession spent his entire life trying to spill the blood of his own son. The show has a happy ending and a great message for the viewers.

This one is a heartfelt story of eternal friendship that turns into undying love. Or let’s say it’s the love story of two best friends. The boy is the prince and the girl is the only daughter of the most loyal minister of the emperor. However, the emperor here is not the father of the prince but the elder brother to the prince. The politics and cruelty inside the royal house make life complicated for the prince and his beloved friend. Years later, even after getting married, they face turmoil.

After becoming the emperor, he tries to make his wife the queen of the nation. But she lives as the queen only for 7 days as fate again hits them hard. As she decides to leave the royal palace to restore peace, will the new emperor let his queen leave him forever? The end of the story will make you sigh and also smile.

It’s the real life story of a Goryo (Korea) born girl who loses his mother while trying to escape from the clutches of Mongolian slavery. She keeps looking for her father, who is a high profile official at the royal court of Goryo but fails to do so for years. The little girl hides her identity, pretends to be a boy, stays with boys and learns archery and fighting skills.

Things take an about turn for her when she is designated to save the deposed prince of the Mongolian Empire, Toghon Temur, who has the high risk of getting killed by his own people on the Goryeon land. Somehow, she saves Temur from getting killed and he ends up considering her (whom he thought of as a boy) as his best friend.

After a lot of twists and turns she reached the land of Mongolians and became a concubine of the deposed prince, who is now the Emperor of the Yeon Dynasty. It’s fun to watch the love story of Lady Ki and Toghon Temur. Also, there’s a love triangle in the story.

Add up the deadly politics, revenge and game of intelligence – Empress Ki is a perfect show to binge watch that would not let you rest until you finish it. The series has been a super hit both domestically and among the overseas audience. This show gave massive exposure to actor Ji Chang Wook who played the role of the Emperor.

Also Read : Ji Chang Wook : 5 Reasons Why Korean Drama Healer Is A Must Watch For You!

Spoiler: Toghon Temur wasn’t the first love of Empress Ki and that made things harder for him. The twists and turns in her life are rather tragic and heartbreaking. These incidents made her a tough woman who looks hard from outside. However, in reality the empress is vulnerable and insecure. She later falls hard for the emperor but never could express the same to him.

Warrior Baek Dong Soo tells you why you need to have a heart to become the best swordsman of Joseon. The story is about brotherhood, friendship, dreams and also about never losing hope. What happens when two childhood friends are forced into enmity? They fight yet are unable to kill each other. They both admire the other yet find each other on the other side of the fence.

The story of Warrior Baek Dong Soo is gripping, heart melting and also a lot about complications of human emotions. Two actors who are now leading stars of ‘Korean Wave’, Ji Chang Wook and Yoo Seung Ho, during their early ages played the two major leading characters in the show and we tell you both are a fabulous watch together!

Love In The Moonlight
The show is a beautiful story between a prince and a woman who pretends to be a eunuch. The girl who never got to live as a woman in her life falls for the prince and the prince loves her without inhibitions. He vows to gift her a life wherein she will be treated as a precious woman. There moments together will be loved by any viewer who is a fan of romance.

There are comedy reliefs, politics, suspense in between. If you are willing to watch a feel good show, Love In The Moonlight is definitely one of them.

Let us know which of the above is your favourite historical Korean dramas in the comment section. Most of the dramas are available to watch either on Viki for free or Netflix.