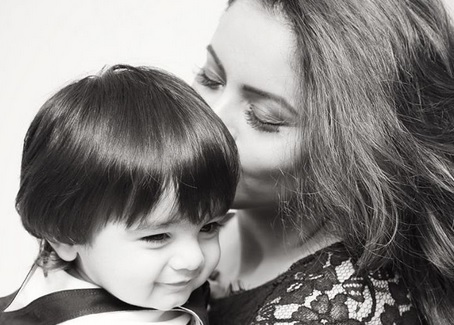 Aamna Shariff, the television and Bollywood actress became a household name after playing the character of “Kashish” in Star Plus successful show “Kahiin To Hoga.” She married with film distributor turned producer Amit Kapoor in 2013.

Almost two years years later, the couple had been blessed with a baby boy who has been named as Arain Kapoor.

We all love the cute moments shared by our favourite stars. Isn’t it?

The mother-son is looking too cute in the picture. It’s not been long she has join instagram and she shared an adorable picture of her first son with the lovely caption “Gods blessings also have a face….My angel”

She has been staying away from media for too long after her marriage and planned to start her family. Her fans have been waiting for too long to get a glimpse of the little baby and finally she shared the picture of her cute son yesterday.

We wish the beautiful Kapoor family a very happy and healthy life ahead.