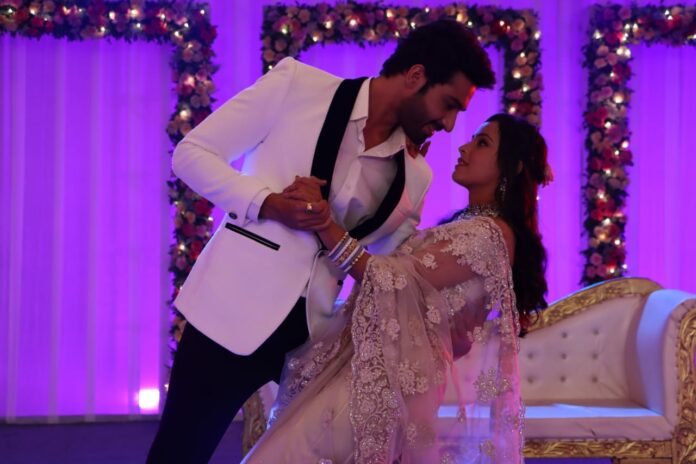 Sonali and Amir Jaffar’s “Aapki Nazron Ne Samjha” is now focusing on Darsh trying to mend things with Nandini. He is feeling guilty for not trusting her initially and is doing everything possible to make her forgive him.

In the recent episodes, we see that a painter has been called to make Rajvee’s portrait. Gun taunts Nandini that if Darsh was able to see then he could have also gotten a painting made of her. But Darsh was quick to say that he doesn’t need eyes to see Nandini’s beauty and describes her. From her dimple to her smile and her eyes, he narrates everything about her that the painting looks exactly like her. Though Nandini is super impressed by it, Darsh is now worried that his disability might create differences between them.

In the upcoming episode, we will see that Nandini will give a speech in English for Rajvee on Rajvee and Vipul’s 30th wedding anniversary. How will that turn out? To know what happens next keep watching “Aapki Nazron Ne Samjha”.