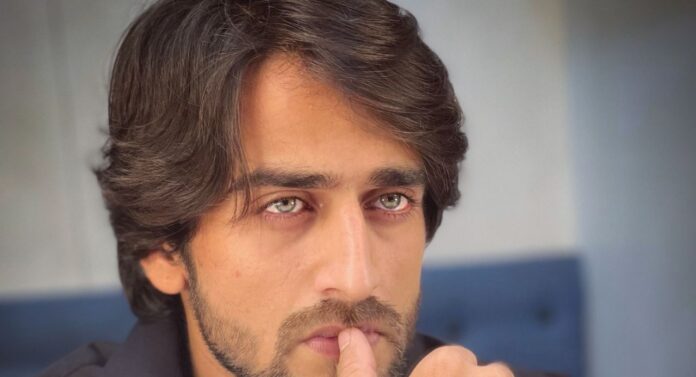 Actor Zayn Ibad Khan, who impressed everyone in the TV show Ishq Mein Marjawan 2, is doing yet another series in the Disney Hotstar web series Aashiqana. The good-looking actor was recently in the news when he lip-locked with his co-star Khushi Dubey in the series.

Speaking about the scene and the feedback Khan says, “It was my first lip lock like the real one. I have done it before as well but obviously Indian television doesn’t allow lip lock so we have to cheat kiss scenes but these things are allowed on OTT”.

So what was your first reaction when you heard about the scene? “I don’t remember thinking about it because I believe it is an actor’s job to do what the creators want them to do. It was just another scene for me which I have done with honesty and as naturally as possible. I feel a kiss is such a beautiful gesture of love and it should be represented in the right way.”

Zayn also shares how he made Khushi – his on-screen co-star – comfortable for the scene. He says, “I think she also believes like me that it’s just an actor’s job. And I had to make sure that Khushi is comfortable and the scene should come out as pure and as beautiful as possible. Gul ma’am the creator of Aashiqana called us a day before the scene and asked us on a con call if we are okay with this scene. And my first reaction was it was so nice of her to ask. She is (Gul mam) someone who just makes sure every time that her actors are comfortable.”

The young actor also shares how the whole unit helped them to do the scene properly.
“Our director and production team made sure that there should be fewer people around because this was the first time we were shooting a kiss scene.”

Zayn also went on sharing his take on showing kissing scenes on screen. He logically says,” Well I believe it is such a beautiful thing. A kiss is the kindest and genuine gesture of love. Not every kiss comes out of lust. Some kisses come out of love and a pure bond. But since it is a taboo in India and people think “KISSING IS 18+” we do not want our kids to watch.”

So did he discuss this with his family about doing the kissing scene? He replies,” Why would I ask my family about it? It is my job! It is just like another scene for me. We chose this career, no one forced anyone to become an actor. And if we need to ask someone before doing such scenes then I think we are in the wrong profession.”

Zayn’s popularity and fandom has immensely increased after this show and it is only going to be more in the coming time.