Kapil Sharma is all set to be back with a bang, with his new show Family Time With Kapil Sharma on Sony Entertainment Television.

The promos are already on air and from its promotion, the show promises to be entertaining from the kitty of Kapil Sharma.

And this time it is going to Bollywood star Ajay Devgn who is all set to grace the show with his presence to promote his upcoming film Raid.

Many might remember last year when Kapil Sharma failed to report on the sets of The Kapil Sharma Show, Ajay Devgn who had come to promote Baadshaho had left the sets.

In the brand new promo of the new show, Family Time With Kapil Sharma, Kapil is seen interacting with Ajay Devgn on phone and Kapil Sharma makes fun of the old incident and the promo is humorous.

This new promo proves how this man rules the genre, considering he’s the only one who can even pull off the jokes on his situations with so much grace.

The ultimate ‘God of comedy’ is finally back and how! We are pretty sure the viewers are excited to witness Kapil Sharma in his all new series ‘Family Time With Kapil Sharma’ .

Watch the promo below. 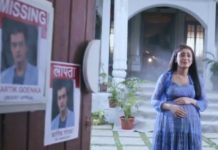