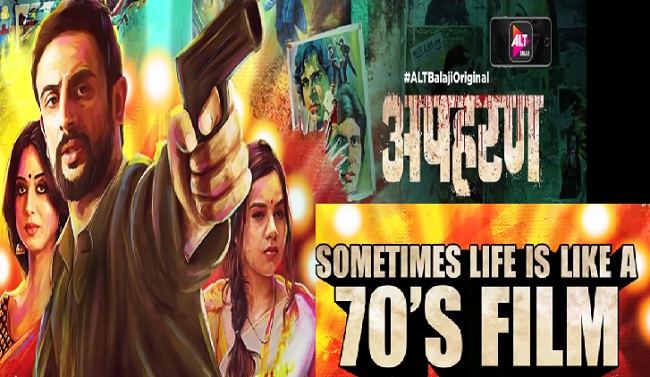 AltBalaji has yet again come up with another web series that for sure will create a massive buzz out there again. After the love story of ‘Broken But Beautiful’, this time the saga is edgy, mysterious and crazy!

1. The pace of the promo was super fast! It tells you the whole plot of the story, that is quite messy in one go but very distinctly giving a glimpse and introduction of each pivotal character.

2.The 70’s style classic mystery keeps you at the edge of your seats.

3. Varun Badola and Arunoday Singh are the strongest two men to attract you. We are excited to watch this duo reveal their full potential in the series.

4. The big confusion that is created when the kidnapper himself is assigned as the investigating officer and solve the case, is amusing and literally adds spice to the twist!

In short, we are excited for this web series and the promo is a superb compilation of the lot as of now.

Apharan is all set to stream on AltBalaji from 14th December. And if you didn’t watch the trailer yet, watch it below –