Home ENTERTAINMENT WEB SERIES ALTBalaji’s Mission Over Mars. : M-O-M Is An Ode To Our Scientists... 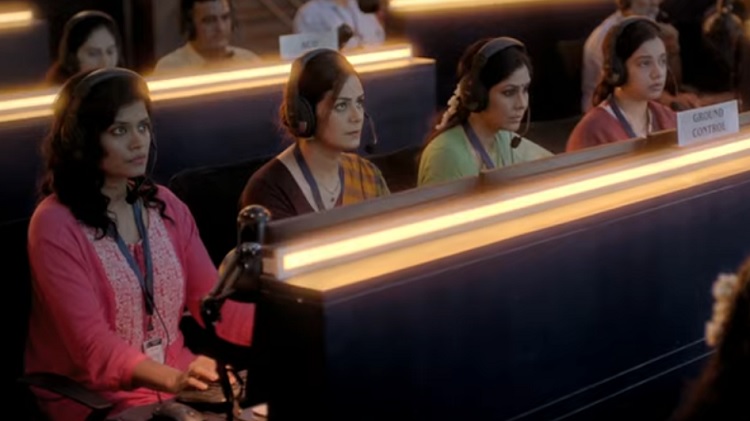 Ahead of India’s 73rd Independence Day, ALTBalaji has released the teaser of one of Mission Over Mars : M-O-M and it leaves you with a feeling of pride and patriotism.

The fact that the scientists of our country have given their all to make us feel proud as an Indian, this ALTBalay series is an ode to them for their invaluable contribution.

The teaser didn’t reveal much but it says enough how four women took it upon themselves to make this Mission Over Mars a success despite of others doubting their abilities and experience.

Starring the talented Sakshi Tanwar as Nandita Hariprasad, the strict scientist and a woman for that matter because may it be her home or ISA, she is in control of everything. As the mission coordinator of M-O-M, you can see her dedication towards making this mission a success no matter what.

Struggling between being a good mother and the best scientist, Mona Singh as Moushumi Ghosh is the competitor you would never want to compete with because she is a born fighter and will leave no stone unturned in winning what she competed for.

The third woman on the Mission Over Mars is Neetu Sinha played by Nidhi Singh. Neetu is a perfectionist when it comes to her work. She is one the best scientist of ISA and a maths whizz.

Last but not the least, Meghan Reddy, the scientist with High IQ and low EQ played by Palomi Ghosh can solve any work problem but don’t expect her to even process your emotions.

Have a look a look at the teaser below –

#Repost @ektaravikapoor The double teaser launch( second one Tom) for a story based on real incident fictionalised a bit due to legal issues! This show is my ode to the scientists of INDIA! I began work in 2017! It’s directed by the exemplary director of ‘THE TEST CASE’ @vinaywkul n produced by @endemolshineind again the same team saying JAI HIND Kuch udaanon ke liye pankh nahi, jazbe ki zarurat hoti hai! This is the story of India’s incredible journey to Mars. #MissionOverMars teaser 2 streaming tomorrow. Trailer on 16th August. Stay tuned. #ALTBalajiOriginal #ZEE5Original @altbalaji @zee5premium @shobha9168 #SakshiTanwar @monajsingh @nidhisin @palomighosh #GauravSharma #MohanJoshi @suhaas.ahuja @manumalik1808 @ashishvidyarthi1 @ankurratheeofficial @mickymakhija @bidisha_ghosh_sharma #MrinaliniKhanna #AbhishekRege @pranaymanchanda @manjitsachdev @somenewbits @bansi_bhatia_official @meghannmalik @waikulvinay @endemolshineind Disclaimer – #MissionOverMars is a fictional adaptation of the real-life heroes, who have worked on India’s space mission to Mars. As per our legal and contractual obligations, we cannot use actual names or images of either the people, objects or agencies in any publicity material. Music Courtesy: BMG Production Music