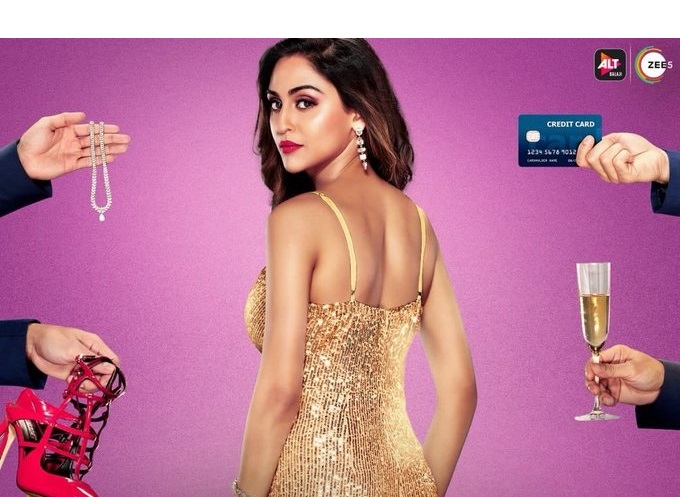 It’s been a pretty long time that the television’s loved bahu and the beautiful actress , Krystle D’Souza has made an appearance on-screen.

The diva was last seen on the small screen in the show ‘Belan Wali Bahu’.

The fans of the actress have been desperate waiting for her to come up with a new project so that they can drool over their favourite actress all over again.

And looks like their wish has been granted. The lady will now be seen doing her new stint and stepping into the web world with Alt Balaji’s ‘Fittrat’.

The leading actress would be playing the role of an ambitious and young girl, Tarini Bisht who will apparently run behind the riches but will eventually realize how she is ‘her own hero’.

Well, sounds confusing a bit, right? It was to us too but that’s where the fun is.

As twisted as the caption may sound to you, the first poster of the show with the beauty in a golden one piece grabs all the attention and for all we know, the second thoughts might vanish when the trailer comes out i.e on 9th October.

Also, the way the hands of various men are surrounding her in the poster with expensive objects for her, makes it apparent how materialistic and ambitious her character might be.

The world of glamour and riches with an unconventional twist fitted is what it looks like from the first look of the show. It would be intriguing to see if the trailer grips the audiences towards watching it too!

Here’s wishing all the best to the beautiful actress and the entire team of the series.

Watch out the first look here –

Ekta Kapoor too posted on her Twitter about the same. She wrote –