Amazon Prime has come out with a new show called “Made in Heaven,” and it is created by Zoya Akhtar and Reema Kagti, it gives us a glimpse into the ‘Big Fat Indian’ weddings.

The show revolves around two friends Karan (Arjun Mathur) and Tara Khanna (Sobhita Dhulipala) who have partnered to form a wedding planning company called ‘Made In Heaven’. Tara is a trophy wife while Kabir is a closet gay.

Tara hails from a lower middle class family and has worked hard to gel in this new status of hers. Over the period of time, she has managed to earn acceptable in the society but her marriage which seems to be perfect from the outside has a lot of cracks.

Also Read : 5 Latest Indian Web Series That Are A Must Watch For You

The two of them together make their company flourish- organising high profile weddings and on the way dealing with extraordinary situations.

The show has nine episodes and in each there is a new issue that is addressed – which range from dowry demands, child molestation, impotent grooms, closet gays to honour killing, we get a glimpse of it all.

The good part of the series is that all the characters have been very well etched out and are backed by some great performances. Apart from the lead casts, we see many recognisable names like Pulkit Samrat, Rasika Duggal, Deepti Naval, Neena Gupta, Manjot Singh, Amrita Puri, Vikrant Massey and Shweta Tripathi.

Every episode deals with a new issue and in the background we get to know more about the complexes that Tara and Kabir are going through.

The first couple of episodes set the tone and premise but it is only after the episode six that the show picks up pace and you get to the level of that when you become curious to know what will happen next. 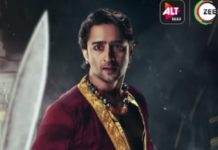 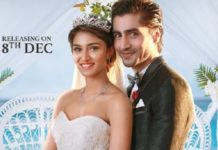