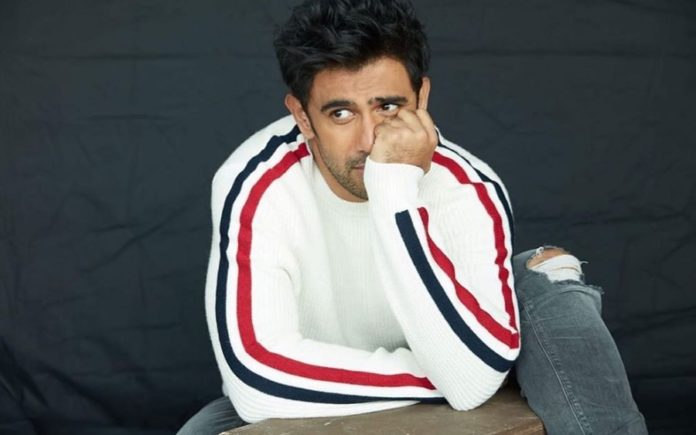 Amit Sadh, as soon as an ardent TV viewer hears the actor’s name they are transported back to the days when he debuted on television with Kyun Hota Hai Pyaar on Star Plus in the early 2000’s.

The actor is versatile and his work be it on Indian TV, Bollywood or in the digital platforms, has been extremely impressive.

In the digital platform the actor has worked in web series and also in films.

Amit Sadh has created a distinct impact with his body of work. With the content on the digital space getting more and more popular, we have handpicked 3 of Amit Sadh’ digital series and digital films you can binge watch on.

This digital film on the OTT platform ZEE5 stars actor Amit Sadh essaying the character of Amit Barot. As Amit Barot the actor delivers one of his finest performances.

Surrounded with chaotic, scary, events unfolding around him, the actor with the perfect portrayal of the character gives goosebumps to the audience in this suspense thriller.

After winning immense love from my fans and audiences for my performance. It feels great to get recognized by the prestigious Dadasaheb Phalke Award for #Breathe. This one is truly special. Thank you Team @breatheamazon @primevideoin @mayankvsharma @actormaddy @sapnapabbi_sappers @abundantiaent

Breathe and Breathe Into The Shadows :

Breathe and Breathe Into The Shadows is a web series that premiered on the digital platform Amazon Prime. In both season 1 and season 2, the actor essayed the role of the cop Kabir Sawant. In the first season, portraying a broken, drunk cop, with issues of his own, the actor makes a strong impact.

This is my favorite image from the second season. Not sure if you see it my way but, there is a connotation that I have for it. Look at the dust or noise in the mirror. It is like Kabir is getting ready to clear all the noise surrounding him. It can be the guilt of harming Meghna. This image is not merely about buttoning the shirt up and getting out of jail. It is a reflection of putting things back in order or trying to bring some sense of owning up to the mistakes. @breatheamazon @primevideoin @plabita.manu

In season 2 of the series getting back into the skin of the character of Kabir, the actor simply gets it right. Amit Sadh simply nailed the role in season 2 too. If you love the actor, then you need to binge watch on the series (both season 1 and season 2), the actor makes it worth it!

The film released this year on February 28th 2020 on the digital platform ZEE5. Amit Sadh essayed the character of Abhinav Mathur, a special task force officer. A fictional creation of a jailbreak, Amit Sadh as the STF officer is simply brilliant. Showcasing the character’s sharp observant skills, this action packed digital film of the actor is a must watch for all his admirers out there.

With his performance as Abhinav Mathur, the actor packs a powerful punch and has impressed the audience. If you have not watched the digital film yet you can surely give it a try!