Very soon there is going to be addition of some Bollywood big names in a new show on Colors Viacom 18. The show is titled ’24’ and the show is being made by Colors in association with Tata Motors. ’24’ will be the adaptation of America’s popular award-winning television series titled ‘24’.

The Indian adaptation of the show is going to hit the television screens in the coming month of October. The first look of the show which has been released seems to be promising with some ‘A’ class actors involved in the project, from Bollywood Biggies to veteran actors like Anil Kapoor, Rahul Khanna, Anupam Kher, Shabana Azmi, Mandira Bedi, Tisca Chopra, Adhir Bhatt, Rahul Singh and Pooja Ruparel among others. The first look seems to intrigue the viewers and the show is to be a 24 episode series which depicts one whole day, 24 hours to be precise and the happenings in the lives of the characters within those 24 hours.

In Anil Kapoor’s ’24’ the actor plays the character of Jai Singh Rathod, The Anti-Terrorist Unit’s Chief. It is Jai Singh Rathod’s race against time to stop the assassination of Aditya Singhania who happens to be a Youth Icon, the face of the upcoming India. In the process Jai Singh Rathod also puts his family in danger and strives hard to save his loved ones. The plot itself with the ace actors are enough to give the audiences’ goose-bumps.The show is going to be directed by Abhinay Deo.

The show has wee bit similarities to Ketan Mehta’s ‘Time Bomb 9/11′ which aired on Zee Television back in the year 2005, with the then TV heartthrob and now Bollywood actor Rajeev Khandelwal, Kay Kay Menon, Rajat Kapoor and Akashdeep Saigal in prominent roles.

The first look of ’24’ has already created a sense of excitement to watch the show in the viewers’ minds. We at Fuze would like to wish the whole team of ’24’ All the very best.

Signing off we would like to tell our readers keep waiting for ’24’ which will hit the TV screens in the month of October. 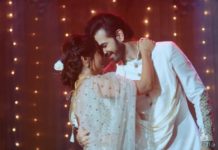 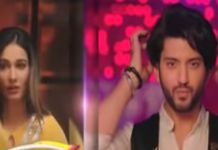