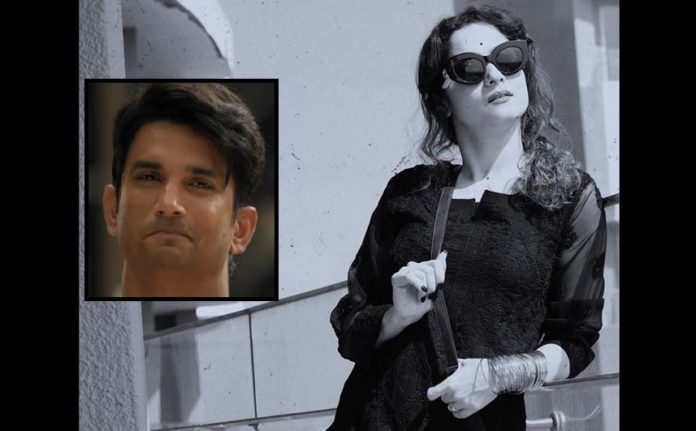 Ankita Lokhande for the first time came out to talk about Sushant Singh Rajput. His unnatural death that took place on June 14th 2020 was initially reported and claimed by the Mumbai Police as ‘suicide’. However, Dr. Subramaniyam Swamy, Member of Parliament, tweeted out a list of 26 reasons today saying how it couldn’t be a suicide.

Why I think Sushanth Singh Rajput was murdered pic.twitter.com/GROSgMYYwE

While speaking to Republic TV, Ankita Lokhande said that Sushant could not be in depression. She mentioned how he used to write his plans and dreams for the next 5 years and made sure he fulfilled all of them. She mentioned that he was a man driven by passion and not money. She further said that Sushant used to say that even if he loses all his money, he would again build his empire.

She went on to tell Arnab Goswami, “Sushant was never a kind of guy jisko depression ho. Anxiety hoti hai, hum sabko hoti hai. Usko bhi hoti thi sir. He has been called bipolar. It’s a big thing to call sir. Main dankey ki chot mein bol sakti hun sir, ki Sushant depression mein nahin tha. I don’t want people to remember him as a depressed guy. I want people to remember him as a hero jo ek chote shahar se aaya, jisne apna naam kamaaya, apne dum par zindagi jee. He was an inspiration, he is an inspiration and he will be an inspiration for all of us. He inspired me in many ways. He taught me acting. He was a talented actor. And it’s a very sad thing jab log ek kahaani banaa lete hain aur apne tarah se usko portray karte hain. Do you know who was Sushant? Kisiko pata bhi hai Sushant kya tha?”

For the uninitiated, Sushant Singh Rajput’s case has taken some unexpected turns in the last 2 days. Mr. K. K. Singh, Sushant’s father, filed an FIR at Bihar against his alleged girlfriend Rhea Chakraborty. The FIR further had names of 5 more people which included Rhea’s family and Sushant’s manager. As per reports, the Bihar Police’s 4 member team came to Mumbai for further investigation. But Rhea wasn’t found in her Mumbai residence.

The Bihar police continued their probe independently and recently went to Sushant’s bank to investigate about his financial transactions. As per a Republic TV report, Sushant’s bank account had more than Rs 46 crores in his account but by this date, the balance is reduced to a little more than Rs 1 crore only. The ED has also asked a copy of the FIR from the Bihar police to investigate further.

As per the same report of Republic TV, Sushant’s account shows his expenditures covering Rhea’s shopping, her brother’s tuition fees, her and her brother’s air travel expenses among others.

As per reports, Rhea Chakraborty has moved to Supreme Court asking for the FIR filed in Bihar to be shifted to Mumbai so that Mumbai Police can take over the investigation. Also, a caveat has been filed by Sushant’s father in Supreme Court regarding the same. Reports say, Former Attorney General of India, Mukul Rohatgi, has been appointed by the Nitish Kumar led Bihar Government to attend the hearing representing Sushant’s family in Supreme Court.