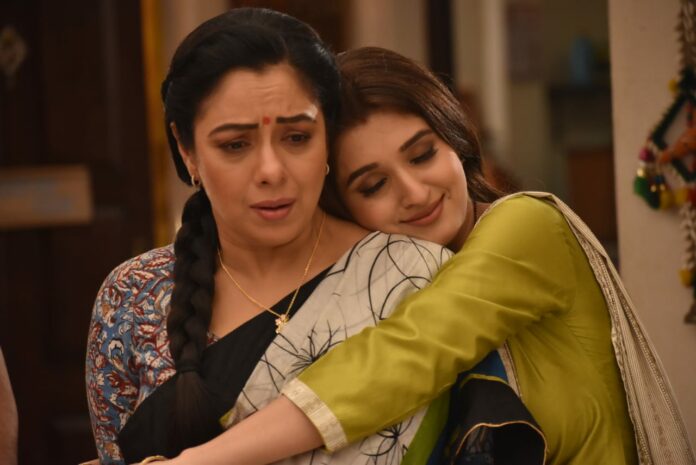 And finally Kinjal of Rajan and Deepa Shahi’s “Anupama” realised her mistake.

Friday’s episode starts with Anupama preparing early for the breakfast, and when Kinjal comes to the kitchen she gives her the coffee. Anupama apologises to Kinjal for putting the pressure of the household chores on her, and said that she is her daughter and she will never let her go through it again. Kinjal soon realised her mistake and apologised to Anupama and Baa. The family hugged it out and everything was back to normal.

Later, Kavya had ordered some grocery items for the house, which Baa did not like. She felt she should have ordered only those items which were not there in the house otherwise there is a chance they will rot. This created an issue of monthly financial contribution and Babuji said that he will ask them to contribute depending on their income. Anupama requested Babuji that if Vanraj can contribute from next month onwards because he will get his salary then.

Kavya started to argue with her on this and said that she should stop demeaning her husband. Well, Anupama’s intention was not that and even Vanraj supported her on this. But this argument made Babuji upset, and he left. Vanraj was quick to tell Baa that he will do whatever they decide and soon he will take the responsibilities like he used to earlier because he doesn’t want his kids, wife or Anupama to go through the pain.

In the upcoming episode, we will see that Anupama tells Vanraj that she was not trying to insult him in any way, but Vanraj tells her since the day they separated he has started to understand her. Also, Kavya tells Vanraj that they should save money for their kids. How will this discussion end? To know what happens next keep watching “Anupama”.