Ashi Singh is one of the cutest and youngest actresses of T-town. 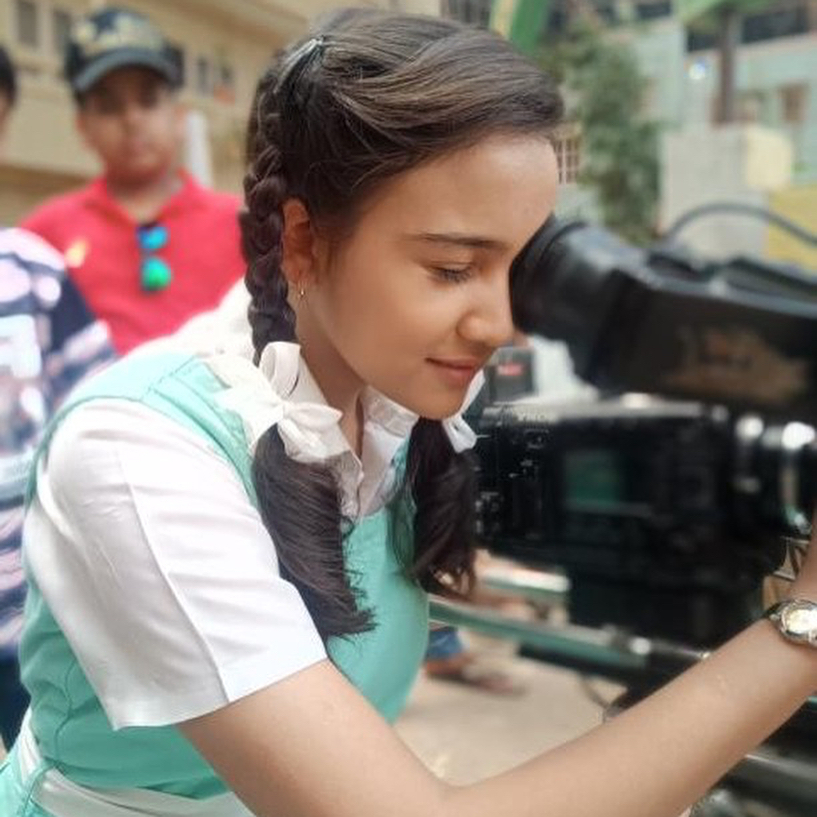 After playing the role of Naina in Yeh Un Dinon Ki Baat Hai on Sony Entertainment Television, a show that was based on a 1990’s teenage love story, Ashi has become a favorite of her fans in terms of fashion too.

Also Read :  7 Reasons Why AshiSingh Is Your Perfect Girl Crush!

She not only has carried the 90s fashion very well in the show, but her fashion sense shows up in her pictures also that she posts on her Instagram profile.

This new picture of Ashi shows her in a white blouse and yellow coloured skirt combo that reminds us of the 90s style.

Yet this looks very much contemporary and can become a new fashion trend.

Also Read : Ashi Singh’s New Pictures Will Make You Fall For Her Again!

The landline phone in the picture also adds to its 90s era feel.

Have a look at the picture below –

I can’t describe this picture. Can you ? 🤔