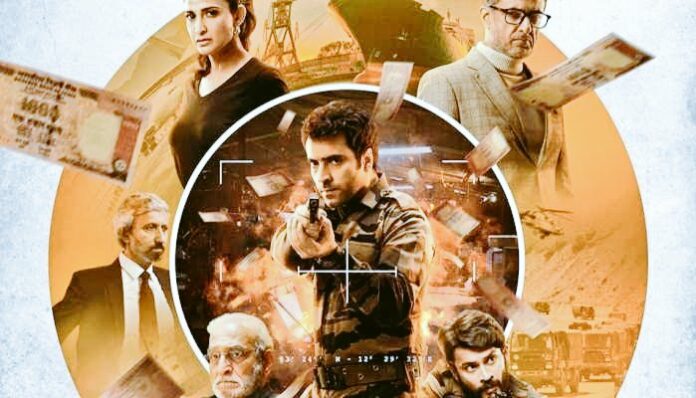 Avrodh Season 2 created much buzz owing to the thrill of the previous season as well as the story of the new one.

1. The plot is about a series of attacks in India, precisely in 3 stages, namely activating separatist groups across the country, blasting 25 civil aeroplanes in one day and also by circulating fake currency notes in the denominations of 1,000 and 500 to bring the economy on its knees. It’s a roller coaster journey of brain and mind that will keep you hooked throughout.

2. Abir Chatterjee plays the character of real life taxman turned soldier, Captain Pradeep Shourya Arya. From providing intel to fighting at the front, the journey of Captain Arya is tremendously inspiring. Abir Chatterjee is impressive in his performance as well. This one for sure isn’t to be missed.

3. Neeraj Kabi, playing the role of the NSA, is again another actor not to be missed in the series. We just want to see more of this actor on screen playing more such powerful characters.

4. The incident in the series is based on the demonetization era. And it might be an interesting watch for many as to how fake currency notes may affect an economy. The series takes you through briefly into the inception of the digital economy of India.

5. A tight script, great pace, commendable actors, gripping dialogues and the inspiration of Captain Pradeep Arya – They are primary reasons why you mustn’t miss Avrodh season 2 on Sony LIV.