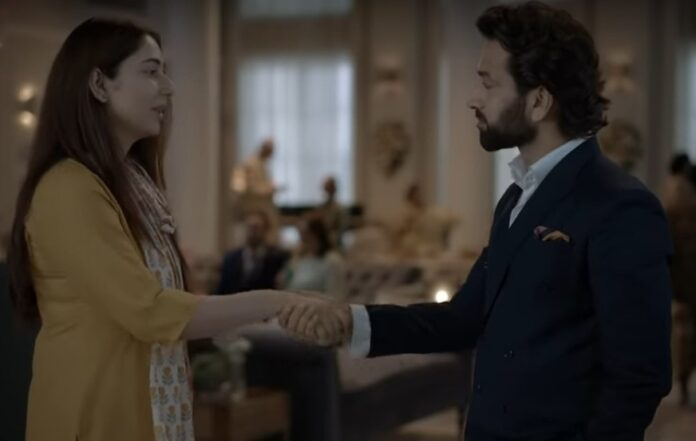 The trend of 2nd seasons of the popular shows seems to be ruling TV as of now and the latest one is Balaji Telefilms’ popular show Bade Acche Lagte Hai 2.

The Ram Kapoor and Sakshi Tanwar starrer show was an instant hit among the Indian audiences, owing to both the concept and the chemistry of the lead pair. The buzz that the show created time and again with its content remains unmatchable till date.

Carrying the legacy forward and bringing in a new flavor, we have the promo out for the second season of the show with new leads are ready to deliver a new story on the same concept.

The second season of the show features another popular duo, Nakuul Mehta and Disha Parmar, whose chemistry has been adored by the audiences years back in their Star Plus’ show Pyar Ka Dard Hai Meetha Meetha Pyara Pyara.

The new promo displays a subtle conversation around the still hyped topic of a ‘suitable age’ to marry. However, the names of the characters remain the same, the new look of the new season is definitely intriguing because of the following reasons –

1. Bade Acche Lagte Hai has always been about two mature people falling in love. A man of 38 and a woman of 32 still single unable to find the match they wanted to or wished for is something that is more relevant in today’s time than probably it had been when the first season of BALH had launched. This promo definitely is relevant for the current generation since this is one thing the majority can still relate too even today!

2. With the new promo on block starring an already popular pair after so long in entirely different variation is sort of interesting to see. The freshness of a new story blended with richness of old chemistry will definitely be something to look forward to.

3. There are no second thoughts on how talented and crisp are these two actors on screen. Watching them perform two characters of intense depth and maturity in total contrast to their sweet and innocent characters of Aditya and Pankhuri (in Pyar Ka Dard Hai…) from years ago is going to be a good watch.

The way Nakuul Mehta as Ram explained about the three pre-marital stages in life, is something that today’s millenials would relate to. All in all, these three stages of marriage explained very well in the new promo are making us wonder how this man will actually fall for Priya aka Disha Parmar. This story of how these opposite end of the river will meet surely has captured our interest and we can’t wait to see more of it to unfold soon!