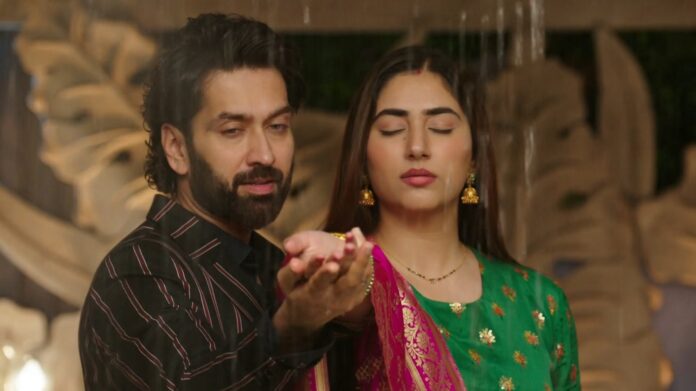 As misunderstanding and miscommunications pile up in the story paving way for a long separation between Ram and Priya, the onlookers i.e. us have to pinpoint to someone for the tragedy. Human beings always need someone who is right and someone who is wrong in every situation, both to praise and to blame. However, in reality, most of the time, no one is fully right and none is fully wrong as well. But this is fiction and hence, it is ok to judge.

So some judges decided to blame Ram. How can he propose to send the lady whom he called his mother to jail? That’s unbelievable! He is being biased! He is being selfish!

Jail or no jail, Meera has to share some blame. There’s something called law. And also common sense and also morality and also truth. These are not things that are understood or practiced by many in crystal clear manner but still somehow despite the odds, they happen to exist and somehow have the potential to twist things in their favour with time. And as per all of them, Meera indeed lied and she did help a criminal or let’s say a murderer here to get away. In the process, she made her elder daughter marry another murderer and got her another daughter married to the son of the victim. And oh yes, not to forget, all these led to the accidental death of the daughter in law of the house by the hands of the son of the murderer who killed Ram’s father.

And all this is for Ishaan, who is now a juvenile criminal. Wow! ‘One harmless lie to protect her family’ made her achieve so much in due time! She unknowingly, while teaching her kids not to lie to their teacher, ended up in creating lawbreakers from one generation to another. Ever heard of the chaos theory? That’s a perfect explanation of how a ‘tiny lie’ can pave way for bigger and greater consequences in future.

What We Learn From This? – Honesty is best policy. Say water is water and juice is juice. Don’t serve coconut water saying it’s a mocktail. Trust chaos theory. It will definitely bring someone to you who is allergic to coconut water and make you face consequences. At least that’s what happened to poor Meera!

Anyway, moving ahead. Some other judges said Priya is always truthful. She is always unbiased. She never can commit something wrong. She will never support any wrongdoing.

Till now Priya was everyone’s favorite ‘satyavaadi’. But then what she is now doing is another big mistake just like Meera. She wants to ‘protect’ Ishaan by not blaming him for the accident. However, what will be the result of this sacrifice by her? Forget the eternal love story of Ram and Priya. Will this make Ishaan lead a good life?

Deep inside that kid will know that his maasi is serving sentence for something she didn’t do. He is a reserved kid. He will not speak to anyone in his father and maasi’s absence. He will either become too quite or too aggressive, both traits not good for a 13 year old kid. Hence, the noble intention behind saving this kid will fall flat in future, just like all the good deeds of Meera’s did.

Also Read: Bade Achhe Lagte Hain 2 : Here Are The Responses We Got When Asked Fans To Write Letter To Ram In 10 Words!

What We Learn From This? – Sacrifices cultivated on the base of lies yield only poisonous fruits and not healthy fruits. Chaos theory will hit here too and will bring more consequences with regards to this kid in future.

As for Ram and Priya, well in real life, no man or woman in their good sense will go back to the Sood household owing to so many complications. But this is a story, eventually after 100 episodes or so, truth will be revealed. Ram will love the rain again. Maybe, Ishaan will be on the right track (temporarily or permanently?). Ram and Priya will be back together and so would be Mahendra Sood and his son in law. Because sometimes just like life, in stories also toxic things keep coming back. Adios!

P.S: Indians are the only lot in the world who watch TV for scenes and not stories. Because they can tell ‘what’s gonna happen’ within a 100 episodes easily just like we told you above.

P.P.S:- This piece is written with the intention of fun and sarcasm. It should not be taken seriously and should not be used to throw abuses. Just a reminder, always remember chaos theory.