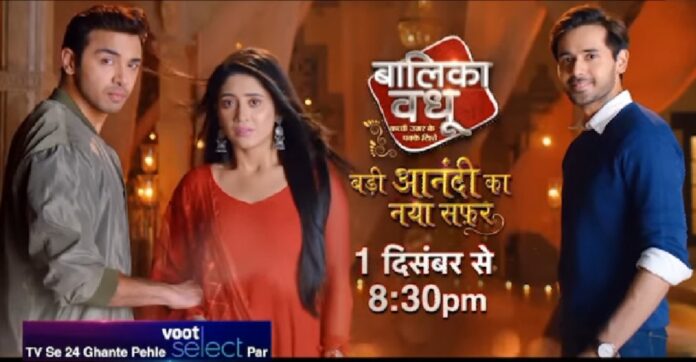 The second season of the much loved show by the entire nation ‘Balika Vadhu’ is all set to enter a new phase with its much awaited leap.

The promo featuring the lead cast is out now and is gripping enough to give it a try.

With a little insight into the future twists and turns, it only makes the plot obvious about Anandi feeling caged in a relationship she was forced into when young.

Clearly, as the promo suggests, Jigar (played by Samridh Bawa) who is Anandi’s husband, will be imposing the relationship on her while Anand aka Randeep rai will be the knight in shining armor for her.

The entire concept of child marriage has come before the audiences once again yet we hope it grabs the attention of the viewers like it should since these practices are still prevalent enough to keep spreading awareness about them.

Shivangi Joshi has stepped in to play the grown up Anandi here. The actress is going to make it big after her successful long role and winning hearts as Naira in Star Plus’ Yeh Rishta Kya Kehlata Hai previously.

The fresh faces including the talented Randeep Rai and Samridh Bawa are worth watching out for in this new phase in the show.

Check out the promo below and let us know your thoughts in the comments section.

Balika Vadhu will start airing this from 1st December ’21 at 8:30 pm, Monday to Saturday on Colors TV.