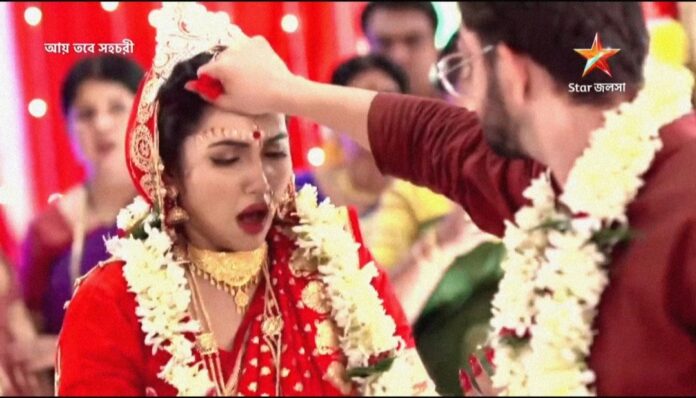 Indian television has given us many absurd scenes, right from a bahu washing the laptop with detergent water, to another bahu becoming a housefly as a result of a curse and Aay Tobe Sohochori just added another one to this already long list.

In the wedding sequence, when the bride is about to put garland on the groom, he is pushed by his brother. The garland lands in his neck and what occurs next is a forceful wedding in order to stop the ongoing forced wedding.

Apparently, the bride lied about her pregnancy and forced the already married man to marry her. To save his brother from marrying again, the brother jumped in and got married.

It does not makes sense at all but then, we are talking about daily soaps, where logic is certainly not the main ingredient.

The said scene has gone viral on social media and netizens are cracking up.  Watch the scene below if you have not seen it yet –

How to marry ur crush 😍 pic.twitter.com/qlu4K9OuNV