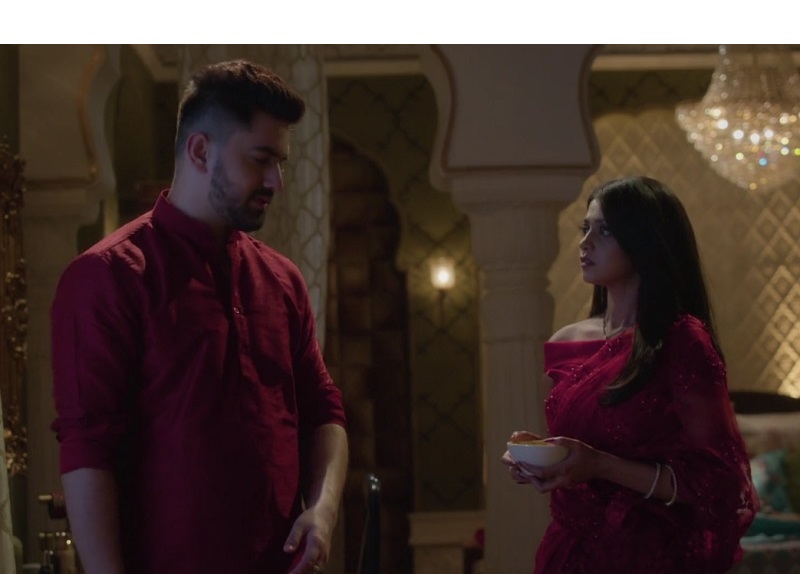 Ek Bhram – Sarvagun Sampanna is off to a flying start. These are still early days but people are already talking about its unique story line and the grand sets.

While things are going nice and well, we also got to know we shall soon see some oh so romantic moments between Zain Imam and Tanvi Dogra. Zain in this show is playing the role of Kabir Mittal and Tanvi is Kavya Mittal. Recently we managed to get on a call with Zain and the news was given to us by the actor himself.

We asked him about the character graph of Kabir Mittal and this is what Zain Imam had to say, “So basically slowly and gradually the character is developing. By now people know that Kabir Mittal stands up for his wife. So yeah, the story is developing in such a way that there is a certain amount of comfort that I now have with Tanvi, who is playing my wife. The ice has been broken now and you will soon see some romantic scenes between us. ”

Hearing him say about this we feel that this would add more elements to the already interesting serial. Also Zain Imam is known to pull off romantic scenes quite well. The biggest testimonial are the scenes that he did with Aditi Rathore in Naamkarann. He played the role of Neil Khanna and even today the fans swear by all the Avneil scenes. So seems to be an interesting times ahead for us.

What do you guys have to say? Let us know of what you think about this development in the comments below or share your thoughts on Twitter and Instagram

Stay tuned with Fuze for more updates and a detailed interview with Zain Imam.