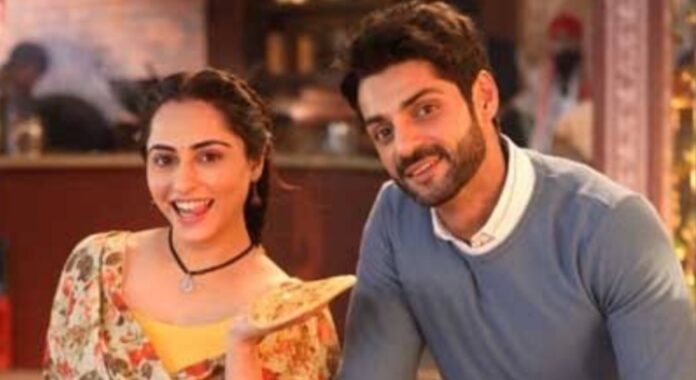 Star Bharat’s newly launched show., Channa Mereya aired it’s first episode yesterday and it’s a good start, must say. Starring Karan Wahi and Niyati Fatnani in lead roles, Channa Mereya garnered our attention and we are looking forward to what this show has to offer.

The backdrop of Yash and Mamta Patnaik’s Channa Mereya is intriguing enough as the girl runs a simple dhaba and the guy asprires to be one of the top most hoteliers in the world.
Here are 5 reasons why you should watch this show –

1. Relatable Story : There is already enough drama in the show to keep the viewers engaged but, there is also a relatable storyline which forms the core of the show. That is what sets Channa Mereya apart from the rest of the television shows. No one has seen the future but as of now, this show offers a good watch with a realistic approach.

2. Backdrop of Hospitality Industry : It’s been a while since we watched a show based on the hospitality industry. There is a certain level of intrigue associated with this industry and there is often so much more than what meets the eye. The  story that revolves around Ginni and Aditya is going to keep us engaged and entertained and at the same time, might be informative on the basics of how a hospitality industry actually works.

3. Fresh Pairing And A Good Ensemble Cast – The cast of Channa Mereya is actually it’s strength and their performances is what makes this show a big deal. Actor Karan Wahi has always been known for his fabulous acting and his performance as an arrogant customer in the promo it self left us in awe. Niyati Fatnani, on the other hand, comes across as an extremely simple but voracious character who knows what she wants in life. Their chemistry is palpable and we sure are looking forward to their love story.  Actprs Puneet Issar, Shakti Anand and Chef Harpal Singh Sokhi will surprise you too in their respective roles.

4. Gripping Content – Channa Mereya is a simple story of an ambitious guy and a simple yet determined girl. The simplicity of their dynamics will have you hooked to the show because not often you see a story that is so well executed, with well defined characters that are different yet relatable.

5. From The Makers of Kuch Rang Pyar Ke Aise Bhi And Sadda Haq : After giving us multiple hit shows such as Ek Veer Ki Ardaas…Veera, Sadda Haq, Kuch Rang Pyar Ke Aise Bhi, Fanaa – Ishq Mein Marjawan, Yash and Mamta Patnaik’s Beyond Dreams Entertainment has come up with Channa Mereya and we are pretty sure, that is a good enough reason to watch this show. Their shows offer so much more than just entertainment, they are a complete package of a good storyline, the right amount of twists and performances that one cannot ever forget.

So, make sure you do give this one a try and let us know in the comments below if you liked it or not?