Home ENTERTAINMENT INDIAN TELEVISION Check Out The Emotional And Adorable Pictures Of The Ye Hai Mohabbatein... 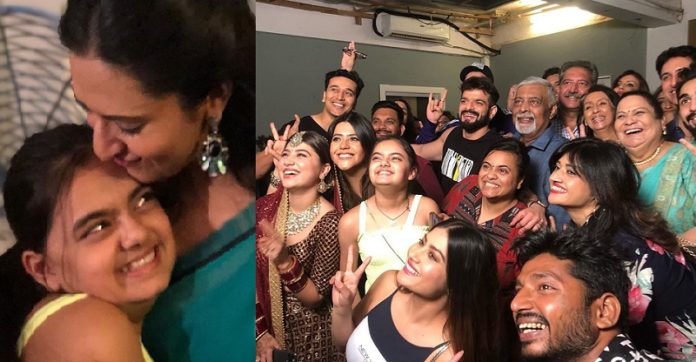 Ye Hai Mohabbatein on Star Plus, the show which can be categorized amongst the longest running ones is now finally coming to an end.

The cast and crew have already shot for the last sequence and the show has officially wrapped up.

The story that began with Ishita, Ruhi and Raman took over viewers hearts with the bond they shared and depicted and continued to win as it progressed.

A the team of the show, along with the producer Ekta Kapoor, wrapped up the shoot, there were pleasantries exchanged, emotions overflown and the moments captured too.

And as the viewers and the fans of the show have stick to it till the very end showering the show with all the love they had, these pictures of the cast and crew together, shared by little Ruhi aka Ruhanika Dhawan will surely make you emotional.

Indeed it was a show that captured all the mohabbatein and gave back too and we can only cherish the wonderful time they have given onscreen to the viewers.

Have a look at the moments captured, here –

I will not say goodbye to you! I’ll say see you soon! #iwillmissyouyhm

Posted @withrepost • @starplus Ruhi’s attachment with her Ishimaa is what Ruhaanika cherishes the most! Which relationship in #YehHaiMohabbatein has been your favourite and why? Tell us with #IWillMissYouYHM in comments below.