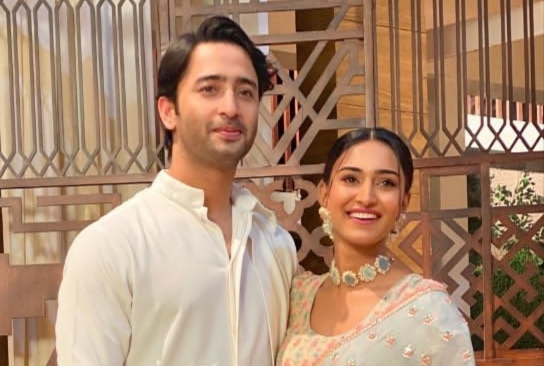 Actor Erica Fernandes recently shared a few pictures of herself in a look that is stunning to say the least.

Erica posted the pictures under the hashtag, “Transformation Make-up!” with the caption, “Just found pictures of my doppelganger. What would you like to name her? Comment below!”

Many dropped in their suggestions on the same but Shaheer’s recommendation caught our attention.

Shaheer chose to name Erica’s doppelganger, “Bijli” and if you look at the portrait like pictures of Erica, it’s an apt name!

Check out the pictures below and Shaheer’s comment as well –