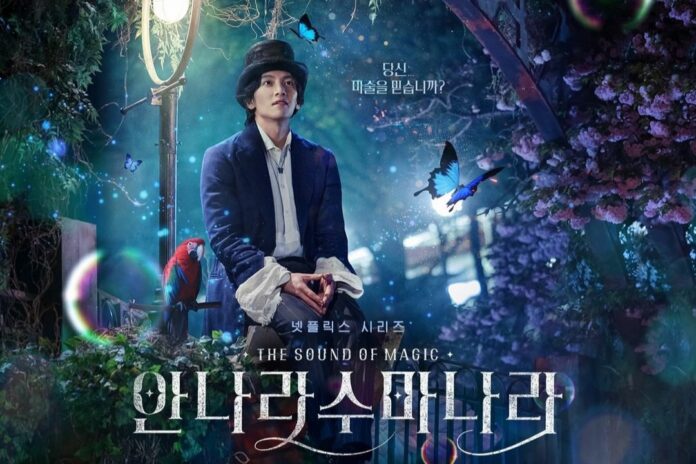 Actor Ji Chang Wook who was earlier seen in shows like, “The K2”, “Suspicious Partner”, and “Lovestruck In The City” will soon be seen in the Netflix’s upcoming original series “The Sound of Magic!”

The series is a fantasy music drama based on the webtoon, “Annarasumanara” by writer Ha ll Kwon. Ji Chang Wook will be seen essaying the character of a mysterious magician named, Lee Eul while the actors, Choi Sung Eun and Hwang In Yeop will be seen in pivotal roles.

“The Sound of Magic’s” latest poster features Healer actor Ji Chang Wook with a parrot and a butterfly as his company in an amusement park which looks all dreamy. The poster has a text written on it, “Do you.. believe in magic?” which clearly indicates that even if you don’t believe in it now, post watching this series, you might!

Check out the poster below –

The series will premiere on 6th of May 2022 on Netflix.