Home ENTERTAINMENT CELEBRITIES Did You See Mohsin Khan On Stage In This Throwback Holi Event? 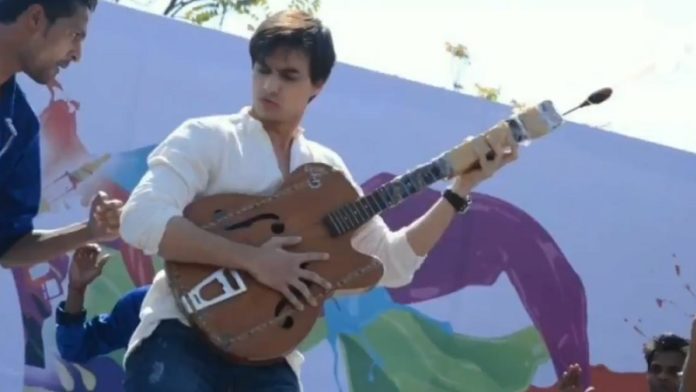 Television’s handsome hunk, Mohsin Khan has always been a sport when it comes to his performances.

The actor not just aces his on-screen acts but even the live acts are done with sheer perfection by him.

This unseen video of television’s popular star will leave you amazed with the energy and aura of the actor.

Also Read: Mohsin Khan: I Don’t Have Dreams. I Set Up Goals For Myself

Surfaced from a Holi event back in 2015, the actor can be seen rocking the stage like a true rockstar.

With the guitar in hand oozing the flames and the uber colourful and energized environment adding to everything,
This video will make you believe that he was born to stand out and how.

Captivating the crowd with his charm, here’s television’s favourite hero Kartik aka Mohsin nailing it all together.