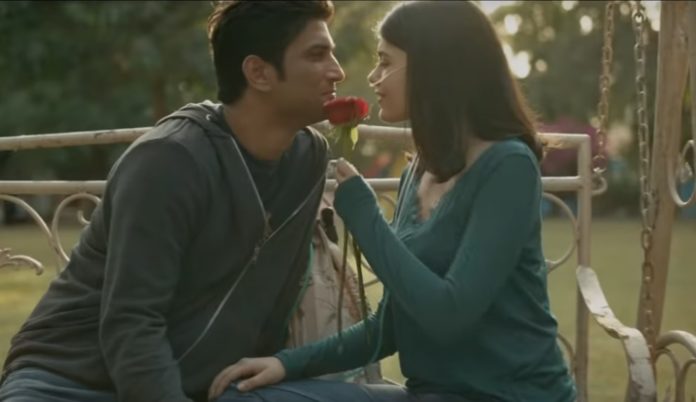 Sushant Singh Rajput and Sanjana Sanghi starrer Dil Bechara apparently received the biggest opening a film can get on OTT platform in India. The movie premiered on Disney+ Hotstar this July 24th 2020 at 7:30 pm. Some reports suggest that Hostar had also crashed that very night due to huge traffic pouring in. This apparently delayed the release of the movie in some of the foreign countries and caused abrupt halt for some Indian viewers too. Filmmaker Hansal Mehta also had tweeted about the same –

Now Disney+ Hotstar has tweeted that Dil Bechara has received the biggest opening ever on OTT platform in India.

A film that will always be etched in the hearts of all Bollywood fans. Your love has made Dil Bechara the biggest movie opening. Ever. #DisneyPlusHotstar #Lovebreaksrecords#DilBechara #DisneyPlusHotstarMultiplex pic.twitter.com/dwrnmumjVd

After Sushant Singh Rajput’s mysterious death on June 14th 2020, emotions of the Indians are running very high and giving this film a fitting welcome has always been the agenda of the viewers.

The film opened to good reviews and also received 9.8 IMDB ratings with almost 50,000 votes on the platform.

Now as per a Filmfare tweet, Dil Bechara received a whooping 75 million views in 24 hours on Disney+ Hotstar!

Apparently, #DilBechara has over 75 million views in less than 24 hours, which makes it the most watched OTT film in India. pic.twitter.com/4Y0JMcOwBC

The film also had faced humongous amount of requests from the fans to get released at theatres. However, the Covid 19 situation didn’t help much.

Let’s just hope, whenever the pandemic bids us adieu, we are able to see Sushant Singh Rajput’s last film at theatres.