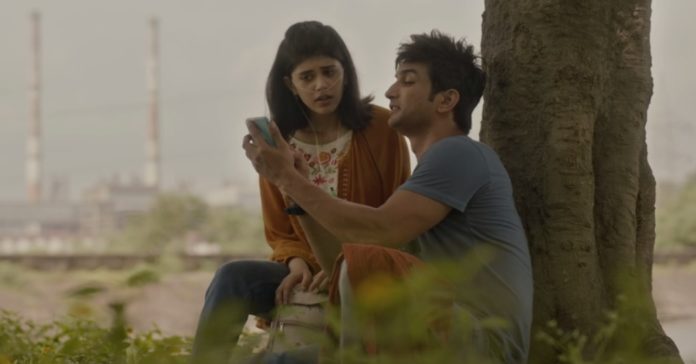 We had thought multiple times about how to go with this review or whether to even term this as a review. Multiple times have hit the backspace key just because words seemed meaningless each time an adjective came to our mind.

And right at that time Sushant’s words hit us – ‘I feel words contaminate your feelings‘. He used to say that and any sensible written piece about Dil Bechara will actually be a contamination of the feelings that we had while watching the movie.

Dil Bechara’s release in this situation when Sushant Singh Rajput is no more makes the movie more worthy of feeling it instead of writing about it. And anyone who doesn’t feel like that are probably people devoid of emotions. Mukesh Chhabra’s debut directorial venture, Dil Bechara, just like its original novel ‘The Fault In Our Stars’ insists that ‘pain demands to be felt’.

Dil Bechara made us smile, laugh, cry. There were moments when you would effortlessly laugh at him and there are moments when you will break down for him. Some dialogues are too familiar with the present situation we are in with him leaving us and some situation especially the last part of the film wherein every single person celebrates Manny while watching his movie is like us celebrating Sushant while watching Dil Bechara. 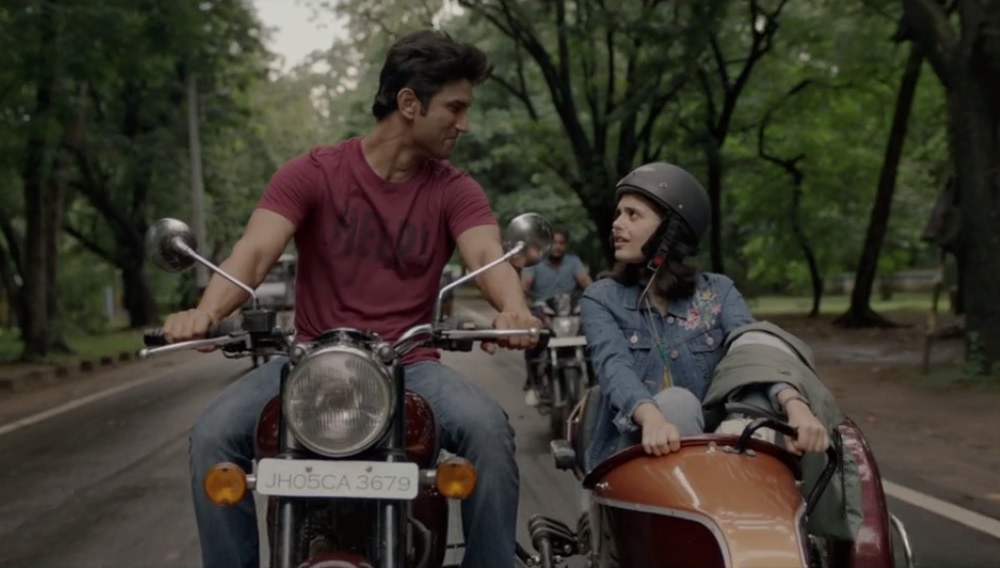 And now coming to think of it – What did we watch? A story? A reality? A prophecy? A reality building up in some other parallel universe? Whatever it was, this film is special not for one reason but for multiple reasons, it’s a deja vu kind of feel that you will experience while watching. And Sushant Singh Rajput has been absolutely brilliant as Manny. It seemed he and Manny were inseparable. The rest of the cast including Sanjana Sanghi, Swastika Mukherjee, Saswata Chatterjee were a great ensemble for the movie.

Sushant’s introductory scene is something that will make you fall for him instantly. His throw of the words ‘Dil Bechara’ and his weirdly maddening postures in the scene hooks you from the very first scene of his.

His small moments with Saswata Chatterjee at the hospital when Kizzie gets admitted and also the one of the duo together having beer on a rainy night deserve special mention. The dialogue, ‘Uncle main bahut bade bade sapne dekhta hun, lekin unko poora karne ka mann nahi karta’ may hit you somewhere very hard.

Swastika Mukherjee and Sanjana Sanghi’s scene inside the hostel room at Paris is a typical mother-daughter scene that you may identify with. Saif Ali Khan’s cameo in the film will make you face some rude words but they are indeed the real harsh truth.

Kizzie’s confession scene saying ‘I love you’ to Manny brought in expression on Manny’s face that ranged from exhilaration to desperation and when he said, ‘Can we just pretend, I am not dying?’ again comes to you like a sharp knife making you realise that Sushant is no more and that we also want to believe or pretend desperately that he is still with us.

His break down scene with Kizzie towards the end in his bedroom while hugging her or the end hammer for us at the theatre while watching a Rajnikanth movie – These last minutes are the hardest to watch.

The eulogy scene – His expression and eyes talked so much in that scene – His eyes were smiling, had tears, had curiosity, had sadness and yet had appreciation.

Also Kizzie’s very first line in the eulogy for him -‘Aur phir ek din dance karte hue Manny ne meri life mein entry maari‘ – The irony is Sushant also had started his career as a dancer, he had entered our lives as a dancer, will stay with you until the end and beyond. This scene shows finesse of Sushant Singh Rajput as an actor. No words, only expressions – Truly this man knew how to not contaminate feelings with words.