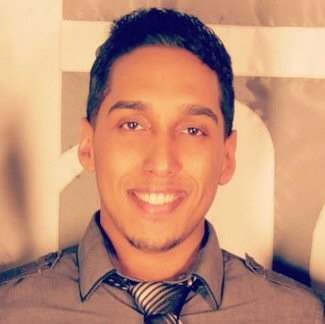 Filmmaker Steven Roy Thomas who is best known for his Indie-debut gone viral, The Desi Next Door, has recently popped up on a new popular website called Mallu Vines. Mallu (short for Malayali) is a name given to native speakers of Malayalam, originating from the Indian state of Kerala. The website( founded by Jithin Thomas), which has a rapid growing fan base on Facebook, features videos from participants that highlight the comical day in the life of a Malayali. It was an unexpected surprise for viewers who are familiar with Steven’s work to see his submission on the prevalent page. Steven, who is 100% of Malayali descent poked fun at Malayali kids struggling to wake up for Church early Sunday Mornings after an eventful previous Saturday night.

Steven has been recently in the media spotlight after the announcement of his projects with Anil Kapoor Film Company (AKFC). Rumors have been doing its rounds that he will direct actors Harshvardhan (Harsh) Kapoor (son of actor Anil Kapoor) and Isabelle Kaif (sister of actress Katrina Kaif) in a short film which is yet to be titled. Steven’s upcoming feature film as a second-unit director has been officially announced with Anil Kapoor’s Film Company and is titled, The Saath Hindustani. The film is expected to go on floors Spring 2014. AKFC is also gearing up towards the release of the remake of the hit US show “24” which stars Anil Kapoor as the Indian version of Jack Bauer. The show will make its debut on Indian television on October 24th 2013.

With a huge network of industry contacts on Steven’s plate, we can’t help but to wonder how many of his prominent B-Town friends have seen his hilarious 16 second Mallu Vine.

Click the links below to check out the comical styling of this suave director.