The multi-talented, Queen of Indian television, beautiful Divyanka Tripathi is on a spree to set records it seems.

Recently, Divyanka made it to the headlines for being the first TV actress to have 11 Million followers on Instagram, her debut web series, Coldd Lassi Aur Chicken Masala refused to come down from the top position even after fourteen days and now, Divyanka became the first and the only Indian TV actress to be a part of the Prestigious Jury of Cardiff International Film Festival.

Divyanka and Firsts – Has to be a Special Connection!

Divyanka’s hard work, her dedication towards her job over the years has earned her many accolades and awards and with each feather she adds to her cap, she makes her family, friends and fans extremely proud of her.

Her infectious smile, her positive attitude towards life, to every situation that she comes across inspires millions out there and the efforts she puts in despite of her hectic schedules to interact with her fans, is something only Divyanka can do!

Fuze would like to extend Heartiest Congratulations to Divyanka and may she continue to shine a like she is, always!

Cardiff International Film Festival will be held from October 24th 2019 to October 27th 2019 at the iconic Pierhead Building in the heart of Cardiff Bay, Wales. 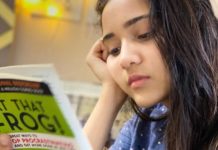