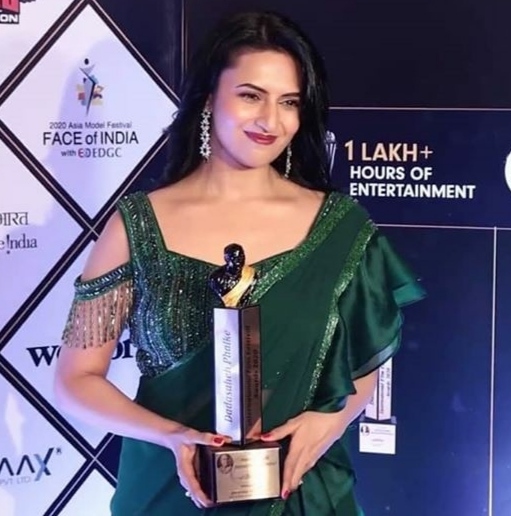 The multi-talented and immensely beautiful actress, the Queen of Indian television Divyanka Tripathi added another feather to her cap and this is a super special and precious one to add to her accolades list.

Divyanka was awarded with the Prestigious Dadasaheb Phalke International Film Festival Award for the Best Actress In a Television Series for her show, Ye Hai Mohabbatein and we are just too elated for words.

Recently, “Ishita” was ranked at number two in the Ormax media list of Most Popular Fictional Characters of the Decade and it explains, Divyanka truly breathed life into the character and how!

At the work front, Divyanka is currently on the advertisements spree and is enjoying her much deserved break from the daily soap life.

We would like to congratulate Divyanka for this achievement and may she win many -many more awards.