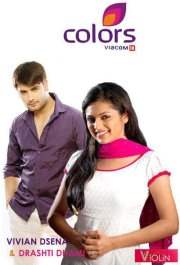 Let’s hope Drashti and Vivian do return to the small screen after their much awaited break.