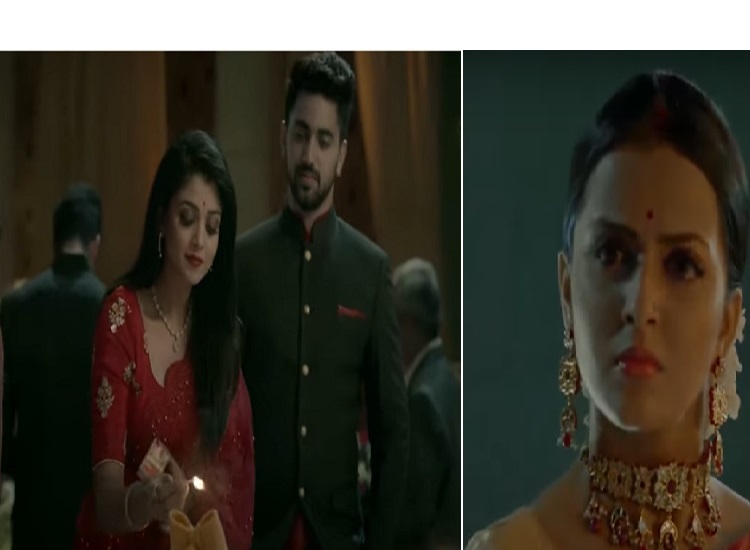 Star Plus’ Ek Bhram Sarvagun Sampanna is finally taking the turn that the audiences have been eagerly waiting for i.e. positioning a barrier for Janhvi.

Janhvi, the clever antagonist has been taking the credit for being both the hero and villain of the show until now. But gradually the show has reached the place wherein Janhvi now has a competitor in the house who can share the ‘good books’ credit along with Janhvi and also create a barrier for her.

In a recent promo released by Star Plus, viewers can see the Mittal family celebrating when a sudden fire engulf the house. Janhvi not only sets the house on fire but also locks the door to ensure everyone burns inside unable to escape.
However, Kavya uses her head, breaks a huge glass door and makes passage for everyone to go out and save their lives. This earns brownie points and praises for Kavya from the family but Janhvi looks with rage at Kavya for spoiling her plans.

What We Are Eager To Watch In Future –

Also Read : Brace Yourself For A Romantic Track In Ek Bhram Sarvagun Sampanna!

3. Janhvi and her husband’s equation is something that may change a lot within Janhvi in due course of time.

4. All in all, the show is in an exciting phase and we are all eager to where the roller coaster ride takes us.