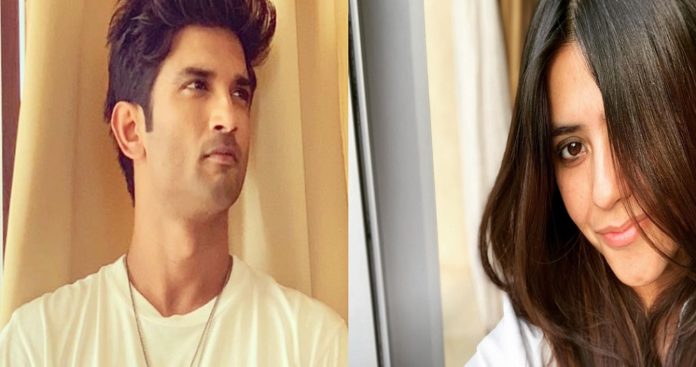 It was not long after the shocking demise of Sushant Singh Rajput, Pavitra Rishta Fund came into light for mental wellness.

But now she has distanced herself from Pavitra Rishta Fund.

The fund was for mental health.

With reports coming questioning whether Sushant Singh Rajput was at all depressed or not, his fans recently expressed their displeasure on Twitter as the Balaji Telefilms’ head Ekta Kapoor was associated with the fund that was created to help people with mental illness.

Today Ekta Kapoor has taken to her social media account and clarified that she is disassociating herself from the Pavitra Rishta fund till the investigations are carried out and until there is a clear picture regarding Sushant Singh Rajput’s shocking demise.

She announced her withdrawal from the Pavitra Rishta fund individually.

Read The Statement Below –

Even though this is not a fund started by me, but started by Zee and is a needed one at that, I am always with Zee for any other mental awareness fund that they want to do, but on this one I would like to respectfully dissociate myself. #SSR Hope the truth prevails. pic.twitter.com/XGjiVEUZ1t