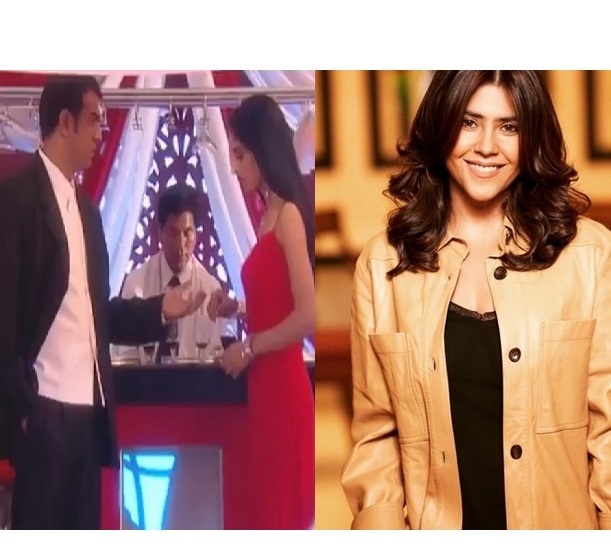 The season 2 of Kasautii Zindagii Kay came in with a lot of expectations regarding the cast and content which the show has managed to satisfy its viewers with, until now.

After the much hyped introduction of the iconic character of Komolika who is being played by Hina Khan this season, it’s time to let the drums roll for the next biggest star character to enter the show.

None other than one of the most iconic roles of Mr. Bajaj which was played by the talented and experienced actor Ronit Roy in the original version, is about to be introduced soon.

The news herself is confirmed by the producer of the show Ekta Kapoor who is keeping the name of the actor a secret still.

Well this surely has us wondering who the lucky actor is going to be. Ronit Roy Bose was one actor who had flawlessly portrayed the role and made it a memorable one till date.

For the new actor to match up to the impact that the former actor created is the real challenge now.

Check below to see Ekta Kapoor’s latest post bidding a good bye to Mr. Bajaj played by the one and only Ronit Roy Bose –

The time has come ! To say bye to @ronitboseroy as d iconic mr bajaj ! N d search for d new [email protected]! I have cast ( n not ‘ casted’As someone told me) Ronit in many roles but this remains our most iconic one together @iam_ejf @the_parthsamthaan @realhinakhan @poojabanerjeee @subhavi all have been perfect as anurag Prerna komo Nivi .. willl bajaj match up( hmmmm)