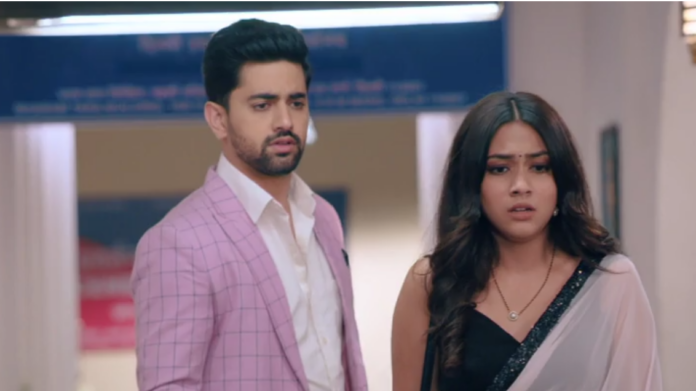 Colors TV’s Fanaa – Ishq Mein Marjawan is going to go through some interesting twists and turns in the upcoming episodes.

In a massive twist, viewers will see Ishaan visiting Meera in jail. It will be revealed that Ishaan’s partner in crime is Meera who instructs him to destroy Agastya and Pakhi forever.

As of now viewers have seen Agastya getting blamed for things he didn’t commit. Ishaan’s plan of cornering Agastya is gradually becoming successful. As per his last plan, he complained against himself at the Enforcement Directorate, got himself arrested and blamed the same on Agastya so that Pakhi misunderstands Agastya thinking he is trying to frame Ishaan again.

The stress makes Pakhi faint and she requests Agastya to leave her and her family alone at her place for the moment. However, Agastya insists on staying back. He spends the night outside her house, gets drenched in rain and also catches fever in the morning.

However, Ishaan’s another plan faces a halt. He plans to attack Sharanya by using goons and later save her and made the goons say to police that Agastya had sent them to attack Sharanya. However, the plan falls flat on its face as Agastya reaches there on time, saves Sharanya and also gets hurt in the process. Will this incident make Pakhi think otherwise?

A lot of twists and turns are going to make the upcoming episodes exciting.

The return of the older version of Agastya Raichand is most awaited by the fans of the show.