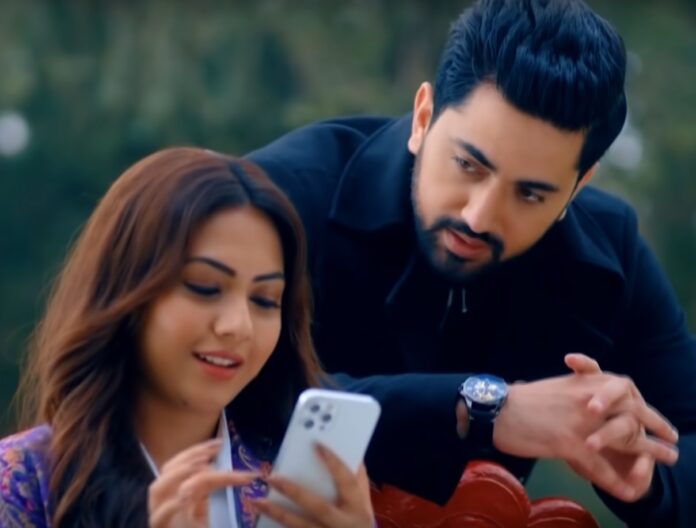 Possessiveness can become obsession. Love can become toxic. Expectations can turn into mania. And evil can also look beautiful. Colors’ Fanaa Ishq Mein Marjawan shows how the most beautiful human feelings, that keep us alive and human, can be destructive and go wild.

We know we need some sugar in our body to conduct a daily healthy lifestyle. However, too much sugar causes hyperglycemia and too less sugar also causes hypoglycemia. Neither is good for a healthy living. We need sugar at the right and appropriate amount to lead a better life. Too much of anything or too less of anything is harmful and the same applies to love as well. If ‘love’ is becoming your obsession, it’s unhealthy for yourself as well as for the one whom you love. We need love to live, but if it turns into a mania, the same love can become toxic and poisonous.

Agastya played by Zain Imam, is although the villain of the show, he is the main attraction and the ‘hero’ too. He is hero not because he is ‘good’ as it is in most cases. He is hero because he loves, he cares and his sufferings and wounds of the past made him what he is today. He is a victim too of probably ignorance and insensitivity in the past. That’s why he is too sensitive to certain feelings and that makes him violent in certain occasions.

Viewers are going to shrink when he is violent and in the future, they are probably going to shed some tears for him too seeing his sufferings. He is the villain too, because his obsession is criminal. He has become an intruder and a murderer.

This character is going to show us some great shades of human emotions, the extreme white and the extreme black side of it. And needless to say, Zain Imam is exceeding expectations while playing Agastya. The recent few episodes, especially after the revelation of Agastya’s real self, has been truly a ‘Zain Imam Show’ owing to the variety of maddening emotions he brought on the table.

Reem Shaikh as Paakhi is lovable. She is bubbly, friendly and her belief in universe is adorable. It is to be seen how she reacts when she gets to know that her favorable universe is actually her best friend Agastya, who is obsessively in love with her. Reem Shaikh is going to have a lot of commendable scenes in future. She surely will surprise the viewers during that time.

Akshit Sukhija as Ishaan is pleasing to watch. He brings the much needed normalcy, healthy romance and fun element needed in the story. He is the pure ‘good’ that a story needs to fight that ‘beautiful evil’.

Anther worth taking name among the cast members is Ayaz Ahmed. As the man behind Agastya’s plans, Ayaz is doing a fabulous job on screen. His scene with Natasha especially was worth the time and attention.

All in all, Fanaa has started very well. With spellbinding performances and a tight script, the show has all the elements to keep you hooked to it. Certain episodes cam also make it a nail biting experience for you. The recent episode wherein Agastya does it all to get Ishaan hurt badly and then shoots himself in order to make a panicked Paakhi’s attention shift from Ishaan to himself, would shock you and keep you at the edge of your seats.

What’s the limit that Agastya won’t cross for Paakhi? Or is there at all any limit?

Paakhi assumes her life is always made easy by the universe. She is unaware that the ‘universe’ in her life is Agastya. Universe is limitless. Agastya’s obsession for her is also limitless.

Fanaa Ishq Mein Marjawan until now has been a great show to watch. Here’s hoping more such groundbreaking moments and performances to watch out for in the show in near future too.