Goliyon Ka Rasleela Ram Leela is everything you can expect from a Sanjay Leela Bhansali film; extravagant beautiful sets, an enviable hot lead pair, attention to the tiniest detail and stunning visuals throughout the movie. Unfortunately, the story line wasn’t as strong and left much to be desired.

Ram (Ranveer Singh) and Leela (Deepika Padukone) are from warring clans who deal with weapons. Ram hates weapons and instead enjoys his time with his friends and sells pornography on the side. Leela is loved and pampered greatly by her mother and brother. They decide to have her marry a non resident Indian who would then move in with them.

There were three layers of story in the film. The most obvious is Romeo and Juliet, then there’s the Gujarat backdrop with warring clans and lastly, the story of Ramayan where Ram returns from exile on Dussehra to fight for all that is right and in this case, for his ladylove and the fate of their clans.

It started off with the warring clans who had been at odds with each other some 500 years and the whole Romeo meets Juliet and falls in love angle. The progression in Ram and Leela’s love story failed to resonate. They went from falling in lust at first sight to a kiss to being passionately in love. There was hardly much interaction between the duo and yet Leela was ready to leave her family for Ram even after he had murdered her brother. Eventually the lovers ended up running away, but unfortunately Ram’s friends get him drunk and end up givingaway their hiding spot to Leela’s clan and also making it seem like Ram had done it. Despite that, Leela still tries to contact Ram and stays committed to him.

The ending was rather comical than sad. Ram and Leela realized that their clans will not stop fighting and they decide to put an end to themselves by having them kill each other. By that time, Leela’s mother, Dhankor Baa (Supriya Pathak) had accepted Ram and Leela’s relationship, but Ram and Leela never came upon her acceptance as they shot each other and died.

Deepika, Ranveer and Supriya’s performances were one of the highlights of the movie. They enacted each scene quite well even though the script wavered at some points. Overall, I’d give the movie a 3/5 rating for the acting, beautiful songs and the gorgeous sets. 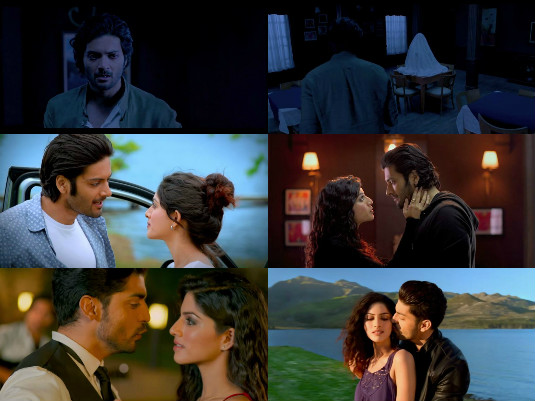