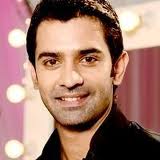 Fans of Star Plus and Four Lions’ popular show ‘Iss Pyar Ko Kya Naam Doon’ have been gripped by a frenzy of rumours of late.

First  came the big news of Barun Sobti aka Arnav singh Raizada leaving the show for his Bollywood debut ‘Main aur Mr.Right’ but pretty soon the matter was cleared by the man himself with a confirmation that he will be doing both television and films simultaneously. Our sources from the sets inform that the actor has kept his word and has resumed shoot for Iss Pyar and recently a promo was shot wherein Arnav confesses his love for Khushi over a suspicious phone call. Now, that will certainly keep the fans engaged until Barun completes his schedule for the movie.

Next in line, was the news of Sanaya Irani aka Khushi ‘s participation in the dance reality show Jhalak Dikhla Jaa Season 5 on Colors .Well, we can now confirm that this piece of news is true .Sources inform that Sanaya has already started rehearsing for her performance on JDJ but at the same time the fans can rest assured that the actress  is quite capable of managing both shows together and will not let either of the two suffer. So fans, there’s a lot to look forward to in the coming days from the lovely Sanaya.

Last but not the least was the rumour of Daljeet Bhanot aka Anjali  quitting Iss Pyar, as she is believed to have bagged a plump role in another upcoming show. A close source has rubbished the news and confirms that Daljeet is still very much a part of IPKKND and has no plans of leaving the show, hence, the fans need not worry about a replacement.

Well, as they say all’s well that ends well. No, we definitely don’t mean the show is ending anytime soon , it’s the end to the trail of rumours we are talking about .We, at Fuze wish the team good luck and hope the show continues to entertain us as always. And hope the actors are successful in all their projects.