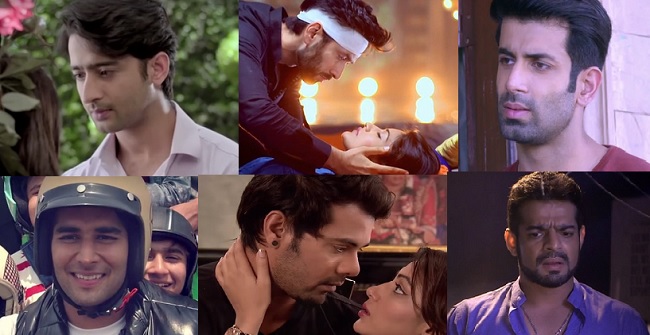 From cinema to daily soaps, since the era of their inception, a female lead’s character is seldom experimented or given shades to. But a male lead character since a few years on TV especially, is experimented with the most and are given various shades. In every show, take any of them, you will really find the ladies being all the same. Their ideologies, way of thinking, priorities in life are all the way similar.

Same goes even with the female antagonists. They are bad, jealous and arrogant mostly in all shows. Their make up and even dressing style are similar. One thing I have always had a problem is with how vamps are dressed. During 60s or 70s era, it was always made clear in Bollywood films that a lady who wears a skirt or a western dress would be bad and only the saree or salwar clad lady on screen would be the good one. Simply their dresses would make it clear to the viewers about their character. It goes on TV even now. Yeh Hai Mohabbatein’s Shagun’s style of dressing drastically changes when she is a positive character and then again changes to a much more stylish and bold avatar when she is negative. As if ‘good’ people can’t be stylish and ‘bad’ people are always too bold.

It’s the male lead character on TV because of whom the show gets its twisted turns in the story, the essential charm and essence. While the ladies are all about goodness and greatness, it’s the flaws of the heroes that make the show go on.

TV these days has a variety of heroes. Each of them are different from the other and are loved by audiences for specific reasons. You really can’t say that you love Raman (despite his flaws) for the same reasons as that of Shivaay. Even Harman and Sanskar are different despite the fact that both are great husbands. Undoubtedly, Dev and Shravan are flawed heroes, yet they have their takers.

There was an era from 2010 to 2012, when TV was ruled by angry young men. From Geet’s Maan Singh Khuraana to Iss Pyaar Ko Kya Naam Doon’s ASR to Madhubala’s RK to Pavitra Rishta’s Arjun and many more such difficult men ruled the hearts on TV then. That was the trend.

Although in contrast soft spoken men like, Na Bole Tum Na Maine Kuch Kaha’s Mohan or Ek Hazaaron Mein Meri Behna Hai’s Viren also could make their own space amidst this trend. However, today, especially this year we have seen a whole lot of new heroes on TV. Each different from the other with great characterization. It seems in 2016, the makers didn’t really follow any trend while drafting their heroes. Take a look at the current best heroes on TV and how different they are from each other –

He is not really a product of this year. However, in 2016 Raman’s character went through some changes post the 7 year leap in the show. He is now a middle aged man, father of three children, leading a complicated life and trying desperately to make his family members happy. But everything is not in his control. Tragedies never leave him and no doubt his biggest enemy in life is his temper. His son’s troubled love life, little daughter’s unwillingness to stay with him and ex-wife taunts are currently making his life hell. But people still do love him. What would be the reasons? Well, because Raman, no matter how he is, he is a committed man. A man of his words, a great father and a great family man.