Ishqbaaaz and Bepannaah – The first one’s original and much successful journey ended this 14th of December, ready to take a leap on 17th. While the second one has already ended a couple of weeks ago. But the flourishing journey of both do not seem to cease with their end.

While actress Surbhi Chandna has bid adieu to Ishqbaaaz, she received the best farewell gift she could wish for – The Best Actress Award. After wining the trophy at Indian Television Academy Awards (ITA) 2018, she now received the same award again at Asian Viewers’ Television Awards (AVTA) 2018!

Harshad Chopda on the other hand, recently received the Best Actor trophy for Bepannaah at ITA 2018 and yet again he became the Best Actor at AVTA 2018.

Also Read : Harshad Chopda : Thank You To Everyone Who Voted, Vooted And Hooted For Aditya Hooda!

Both the two stars received their awards at ITA on stage. However, at AVTA only Surbhi Chandna had been to London to receive her award.

Surbhi also went on the stage of AVTA twice as she also took the trophy of Best Show for Ishqbaaaz.

Check out her videos below –

Earlier Nakuul Mehta had also received the ‘Best Actor’ award at AVTA twice, in 2016 and 2017 for Ishqbaaaz.

We wish both Harshad Chopda and Surbhi Chandna all the good wishes and luck for their future endeavours. 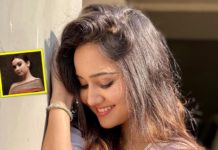 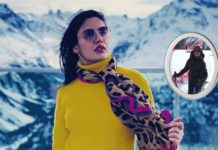 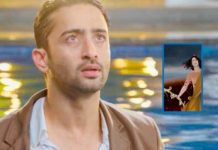