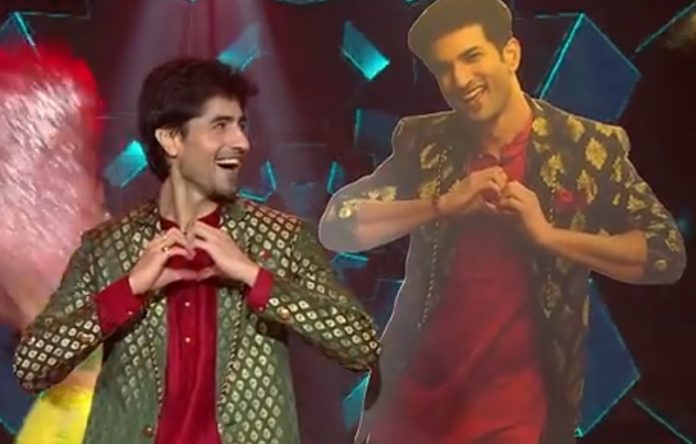 It has been more than two months to Sushant Singh Rajput’s demise and looks like the nation will never overcome the loss we endured.

With the world at standstill due to the pandemic and even depressing news everyday, the world is trying to get back to business nonetheless. But while we all juggle back to our hustle bustle gradually, it’s true that the sense of emptiness will still prevail.

The best way to celebrate the talented actor that we lost and the gem of a human being would be to acknowledge and admire him through his work.

And who can be a better person to pay a tribute to him other than people who were close to him like family.

This Ganesh Utsav, as the nation celebrates the homecoming of Lord Ganesha with a little less grandeur but still high spirits, Star Plus is going to air an episode celebrating the occasion of Ganesh Chaturthi.

And on this special occasion, popular actor Harshad Chopda, who was also Sushant’s co-star in his very first show on television, will be seen paying a wonderful tribute to his dearest friend colleague Sushant Singh Rajput.

In this latest short clip posted by the channel on Instagram, Harshad can be seen besides Sushant’s mannequin and the moment, the music of ‘Ik vaari aa bhi ja yaara’ will hit your senses, its bound to make you emotional and leave you teary eyed.

Watch the snippet below and we bet you wouldn’t be able to miss the episode for sure. The episode will air on 23rd August on Star Plus at 8 pm. Don’t forget to watch this heartfelt tribute to Sushant.