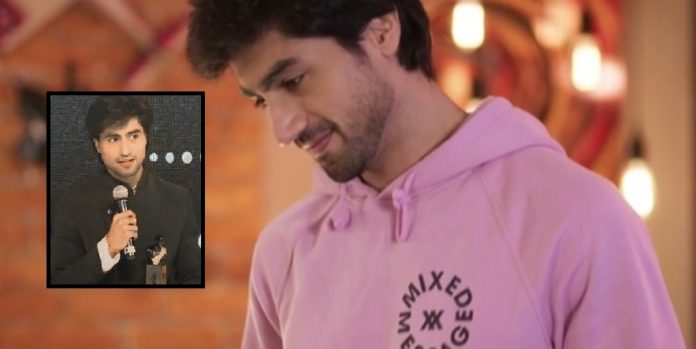 With Bepannaah love from his fans, the very dashing and talented actor Harshad Chopda won Dadasaheb Phalke International Film Festival Award for the Most Favourite TV Actor which he indeed is for his millions of fans across the globe.

The fresh pairing of Harshad and Jennifer and their sizzling chemistry was the USP of Bepannaah. Audiences’ still miss AdiYa and often demand for the second season of the show with Jennifer and Harshad or as they fondly call, “JenShad” only.

We hope, their wish is granted and we get to see Jennifer and Harshad sharing the screen space yet again!

this is national honour to world of indian cinema industry. talent like harshad is a gem to the world of cinema. thank you @Dpiff_official appreciated real talent of harshad & giving his national most prestigious award. these hands truely deserves that #HarshadChopda pic.twitter.com/wgUN0csO5o

Let people say what they want to but no one can deny #HarshadChopda is, was & always will be an outstanding performer & human…#dadasahebphalkeawards2020 have best actor, actress & show but only HC got a special award #ITVFavoriteActor with no show on air..

Answer for ur hate pic.twitter.com/EHuqcdkKFG

Till now evryone won this for a particular show and performance of a year…But #HarshadChopda is the FIRST who won it for his entire career…And this category was one and only for both M/F! #Dpiff2020 #Dpiff #MostFavouriteActor

A WINNER IS A DREAMER WHO NEVER GIVES UP.
JUST #HarshadChopda THINGS.
KEEP SOARING HIGHER AND HIGHER BEYOND THE LIMITS OF THE SKY
THE ONE WHO RULES HEARTS IS UNSTOPPABLE BECAUSE OF THE HEART HE GAINED ALONG HIS FULFILLING JOURNEY💖#dpiff #dpiff2020#Bepannaah ♥️ @ChopdaHarshad pic.twitter.com/N5PSO5QfKr

One more time congratulations My man #HarshadChopda love you😘 https://t.co/z1S2xapCGA