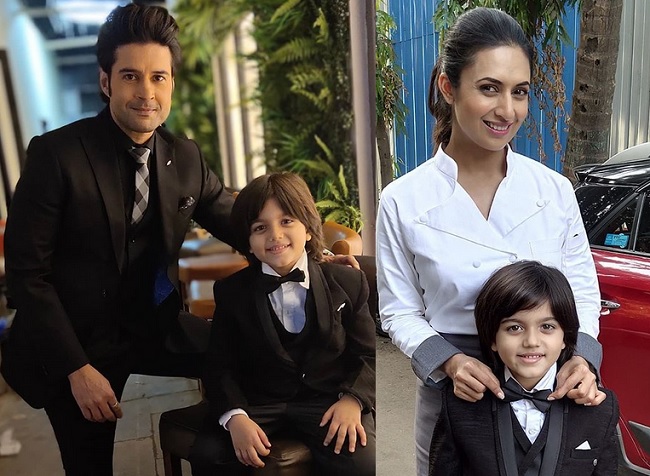 As we all know, the extremely beautiful and immensely talented Divyanka Tripathi Dahiya and the very handsome Rajeev Khandelwal are busy shooting for their upcoming web series, Coldd Lassi Aur Chicken Masala for AltBalaji.

Often we get to see behind the scenes pictures and videos of Rajeev Khandelwal and Divyanka Tripathi from the sets of their most awaited web series Coldd Lassi Aur Chicken Masala.

And, we are here with the same.

Have a look at the video and pictures of Rajeev as Chef Vikram and Divyanka as Chef Nitya with their cute little co-star, Vidhaan Sharma.

Also Read : This Is What Divyanka Tripathi Dahiya Has To Say About Her CLACM Co-Star Rajeev Khandelwal

Links to the pics with Vidhaan –

🔥🔥 Do i need to say anything else?? #ColdlassiAurChickenMasala