Home BLOG Social Issues Why Should We? – Here’s How Boys Reacted When Asked To Slap... 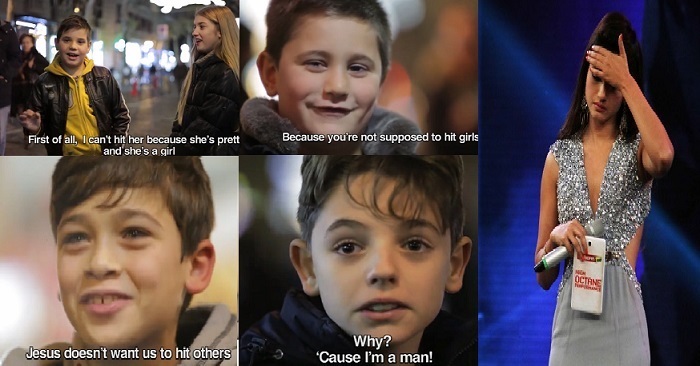 There is an interesting video circulating social media these days. Some of you may have seen it. The synopsized version is, a bunch of young boys are introduced to a girl and then they are asked a bunch of questions about her. Then the boys are asked to hit her as hard as they can. Now given that they had a pretty good excuse to hit someone and get away with it (i.e. someone asked them to do it…it’s for a study you see!) you’d think these boys would jump at the chance.

But the boys surprise the viewers because they look surprised and look questioningly at the person asking them to hit a girl as if wondering “is he serious or am I being punked?” (The boys are subsequently also asked if they would like to kiss the girl to which they show shy excitement like any young boy would!)

These boys are asked why they didn’t want to hit the girl and there were some charming answers to that, but the best answer was ‘because I am a man.”

If they think like this when they are children, what happens to some of them that they turn into monsters who abuse women as they mature?

We live in a society that tells us that men are superior and that husbands, brothers should be treated like some demigods. We are told that there are many things that women cannot do simply because they are women. We are made to believe that we need men for our protection. Women are expected to be the ones giving up their careers to stay at home and take care of children. Women are told repeatedly that if they are abused by men then it is probably because they asked for it. Humans have an inherent quality to learn from their surroundings and develop accordingly. We see what happens around us and take it as a norm. And when we see that something is accepted as a norm, we get braver and push that boundary further and further till we have pushed too far.

Ever heard of the quote “The right to swing my fist ends where the other man’s nose begins”? Of course, my fist is a reference to my freedom to practice my rights and the nose is a reference to the point where the other person’s freedom to practice their rights begins. We recently saw model/ actress Gauhar Khan getting slapped while on stage by a man for which this particular statement is ironically apt.

If you happen to watch the Graham Norton Show (Season 16, watch the 3rd episode) you would have seen one of the guests that night, John Cleese, making a comment to the effect that women are unpredictable and cussed. Taylor Swift was also a guest that night and immediately challenged that comment with her usual charm and grace with “Oooh we don’t want to do that!” I don’t know about others but she certainly earned my respect for making a stand, even for something small like that.

It is those small acts of defiance that will encourage changes in behaviour that can hopefully change our society to be a safer place for women. That is not to say you should pick a fight with every man that makes an offensive. Pick your battles; don’t just sit down and take when society tries to tell you that you are not worthy because you are a woman. Why should you? 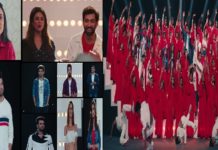 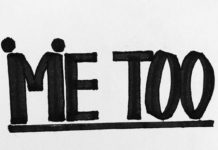 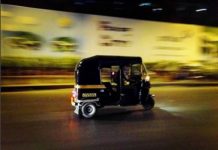