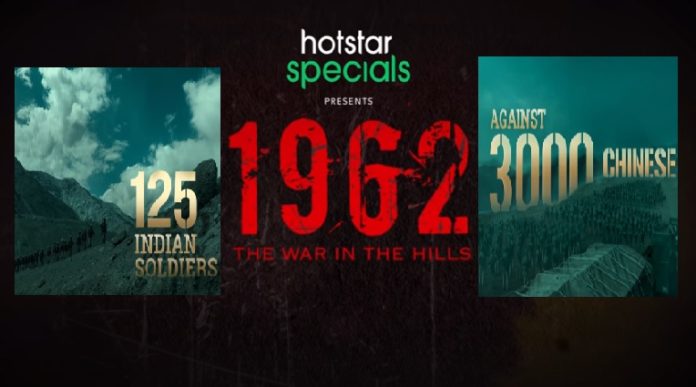 Hotstar Specials new web series, 1962 The War In The Hills trailer is out and it fills every fibre of your being with patriotism. The war drama takes us back to the Indo-China war of 1962 where our 125 Indian soldiers fought with exemplary courage and bravery against the Chinese troop of 3,000 soldiers.

The web series is inspired by true events and will showcase how a soldier deals with the emotions of longing and loss while being on the national duty.

The series will take us beyond the battlefield, into the lives of these 125 soldiers, their life journey as a family man and as a soldier on the border.

The original theme song of the series deserves special mention for its lyrics and composition. It’s really one of the patriotic songs that hits the right chord.

The ten episode series, 1962 The War in The Hills will stream from February 26th on Disney+ Hotstar VIP and Premium.