Pakistanâ€™s prominent cricketer-turned-politician Imran Khan sustained injuries when he fell from a forklift while was raised to a platform to address an election rally in Lahoreâ€™s Ghalib Market. As the elevator began to hoist him to the dais Mr.Khan fell off at least 15 feet. The native television footage showed a blood streamed face of Mr.Khan and several of his supporters carrying him to a vehicle. He was rushed to a nearby hospital from where he was moved after first aid to Shaukat Khanum Memorial Cancer Hospital & Memorial Centre (SKMCH) which was built by himself in the memory of his late mother.

Doctors who attended on him said Mr. Khan was out of danger and talking. He received a few stitches in the head. Reports say they he has two minor back fractures and a cracked rib. Former cricketer Abdul Qadir said the persons on the forklift had lost their balance when someone tried to climb on it from below and that was when this unfortunate event had happened.

Lahoreâ€™s Shaukat Khanum hospital saw scores of people waiting outside and praying for the speedy recovery of Mr.Khan. It looked like Pakistan was asking for a change. Thousands of his supporters believe that he would bring change to their nation. In fact in one of the campaigns Mr.Khan said he believes that he can bring change.

People across the social media have been sending wishes and prayers for his recuperation. One such wish was that of Indian film-maker and actor Farhan Akhtar who is an active twitter user. Mr.Akhtar tweeted,

Know I'm a bit late but just saw the video of Imran Khan's nasty fall! wish him a speedy recovery.

The results for the general elections are out now and Nawaz Shariff is going to be in charge of the Prime Minister’s office in Pakistan. But with Imran Khan on roll, one can surely say, that Pakistan is going to get a strong opponent in Parliament after a long time which would for sure contribute in the good governance of the country.

We wish Imran Khan a speedy and healthy recovery! 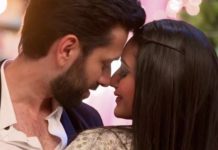 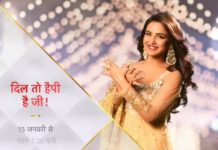